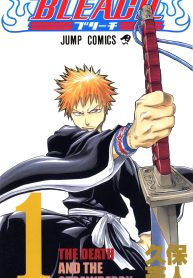 This is the official English translation of Bleach Colored Manga’s final arc: the Thousand-Year-Blood-War (TYBW) anime. This work is credited and done by the ColoredManga.com team after months and years of hard efforts, so please share coloredmanga.com with your friends, instead of other sites that didn’t credit us!

There are only 74 volumes (686 chapters) of Bleach by Tite Kubo, and all 686 of the colored English Bleach chapters are done by the ColoredManga team. Personally, we hand-translated these chapters with official translations, so please link this specific website to your friends, not other websites that aggregate from us without crediting; that’s because we are the original team, meaning that we provide the most recent UPDATES, edits, improvements and fixes! Official translations have much better grammar and readability than fan translations, but still say the same thing.

If you want to continue off reading the OFFICIAL translations of Volume 56-74, you’re in luck! I’ve completed them. Go to https://coloredmanga.com/manga/bleach-official-translation/ to finish the rest of Bleach.

Note: Volume 1-55 on this page  use OFFICIAL translations. If you want to read the OFFICIAL English Bleach translations of Volumes 55-72, go  to the above link. We did all that 😀

Also check out original Bleach Art and Fanfiction in https://www.bleachrp.com and feel free to roleplay too.

Quick Synopsis of the Bleach Anime:

Ichigo Kurosaki has always been able to see ghosts, but this ability doesn’t change his life nearly as much as his close encounter with Rukia Kuchiki, a Soul Reaper and member of the mysterious Soul Society. While fighting a Hollow, an evil spirit that preys on humans who display psychic energy, Rukia attempts to lend Ichigo some of her powers so that he can save his family; but much to her surprise, Ichigo absorbs every last drop of her energy. Now a full-fledged Soul Reaper himself, Ichigo quickly learns that the world he inhabits is one full of dangerous spirits and, along with Rukia–who is slowly regaining her powers–it’s Ichigo’s job to protect the innocent from Hollows and help the spirits themselves find peace.