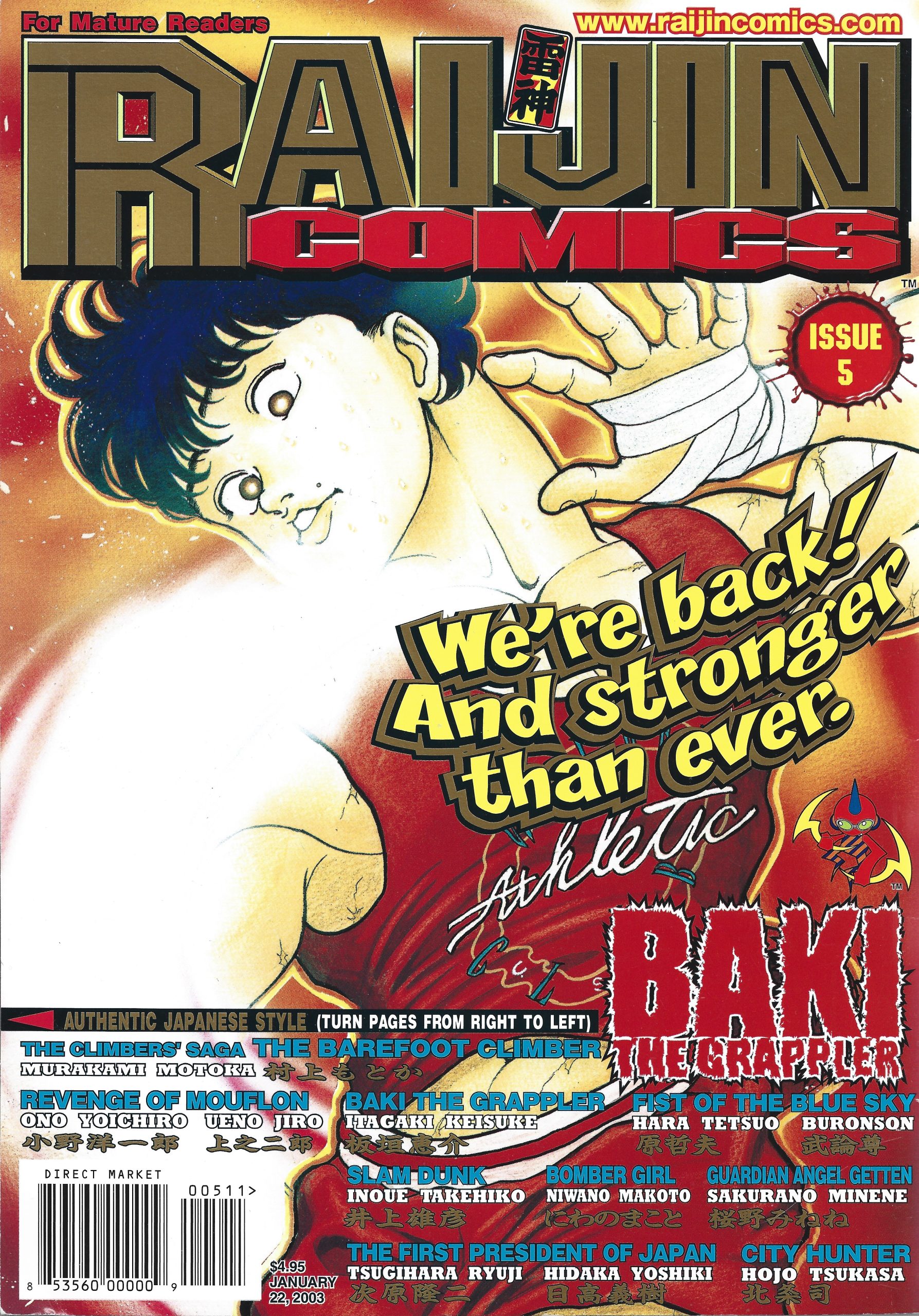 This upload contains scans of the official Raijin Comics’ release of Baki from the early 2000’s.

Raijin Comics ran for 47 issues before becoming defunct. We are trying to scan and preserve as much of Raijin/Gutsoon’s manga releases in North America as we can.

“To be the strongest in the world!” That is Baki Hanma’s dream. The mysterious, young, martial artist aspires to follow in his sinister father’s footsteps as the world’s strongest creature. But to what lengths will Baki go? We follow the young grappler as he matures in a world full of some of the strongest fighters and how he overcomes all obstacles in order to face his father one day in the fighting ring. From the jungles to and underground martial arts tournament, Baki is put to the test from fighters all over the world. This brutal, yet a masterpiece of gritty martial arts features detailed and action-packed artwork by Keisuke Itagaki and continues to build a fan base seeking incredible martial arts manga.