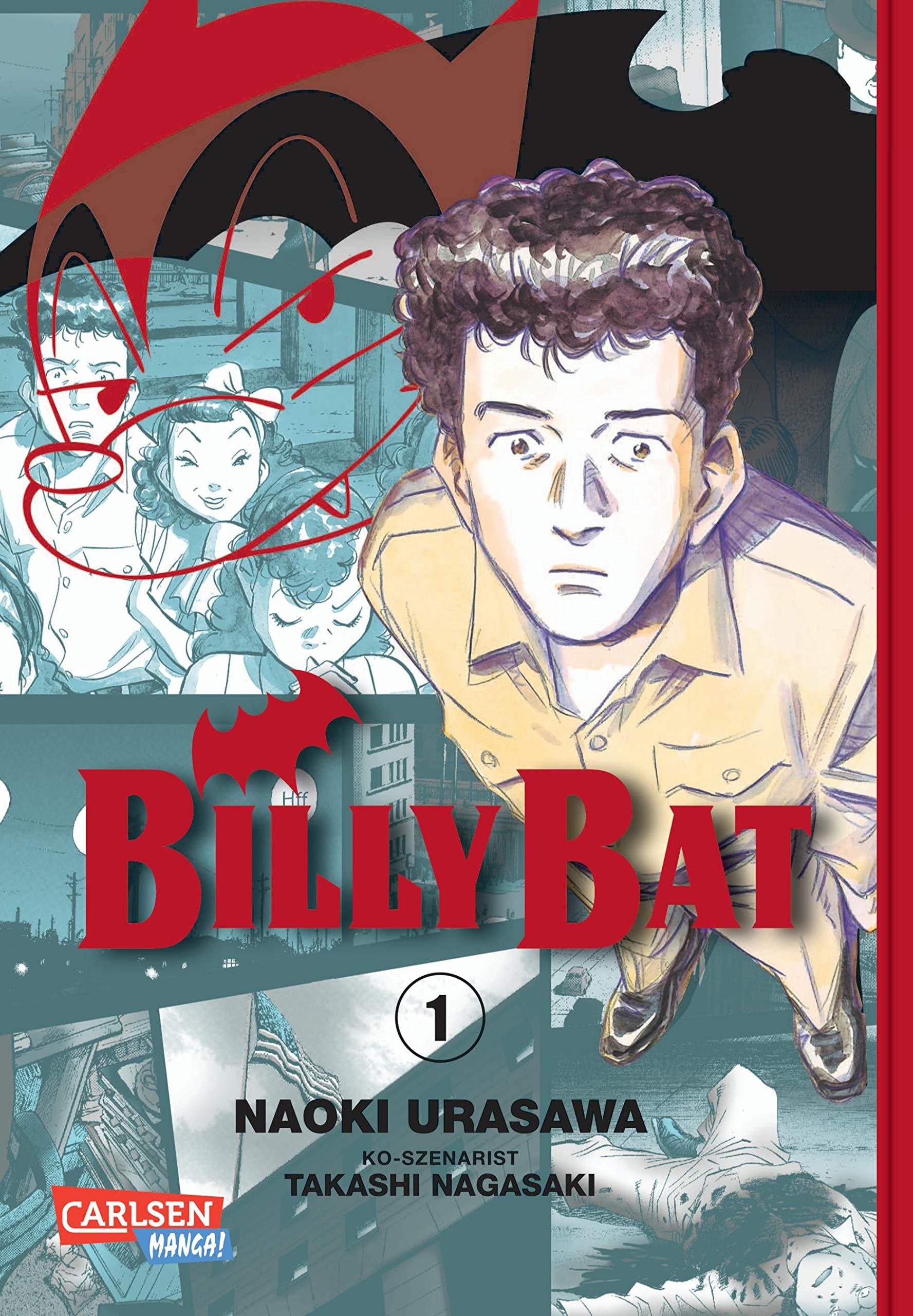 Billy Bat (stylized as BILLY BAT) is a Japanese manga series written by Naoki Urasawa and Takashi Nagasaki and illustrated by Urasawa. It was serialized in the weekly seinen manga magazine Morning from October 2008 to August 2016, with its chapters collected into 20 tankōbon volumes by Kodansha.

The story is set in 1949 and follows Japanese-American comic book artist Kevin Yamagata as he draws the popular detective series “Billy Bat” for “Marble Comics.” When he learns he may have unconsciously copied the character from an image he saw while serving in occupied Japan, he returns to Japan to get permission to use Billy Bat from its original creator. Upon arriving there, however, he becomes embroiled in a web of murder, cover-ups, and prophecy that all leads back to Billy Bat.

It is soon evident, however, that the truth of Billy Bat’s nature is far larger than Kevin could ever guess, spanning millennia and across the world.

Japanese-American Kevin Yamagata now authors the renowned detective comic book “Billy Bat” after serving in the Allied Forces in World War II. But as his series becomes a massive hit, Kevin discovers that his famed character, Billy Bat, already existed before within a Japanese comic. Worried that he may have unconsciously copied something he saw during his time there, Kevin returns to Japan to find Billy Bat’s original creator and seek permission for him to use their character. However, as he traces back Billy Bat’s roots, he finds himself unraveling a dark and twisted history of murders that somehow involve the character he thought he created.