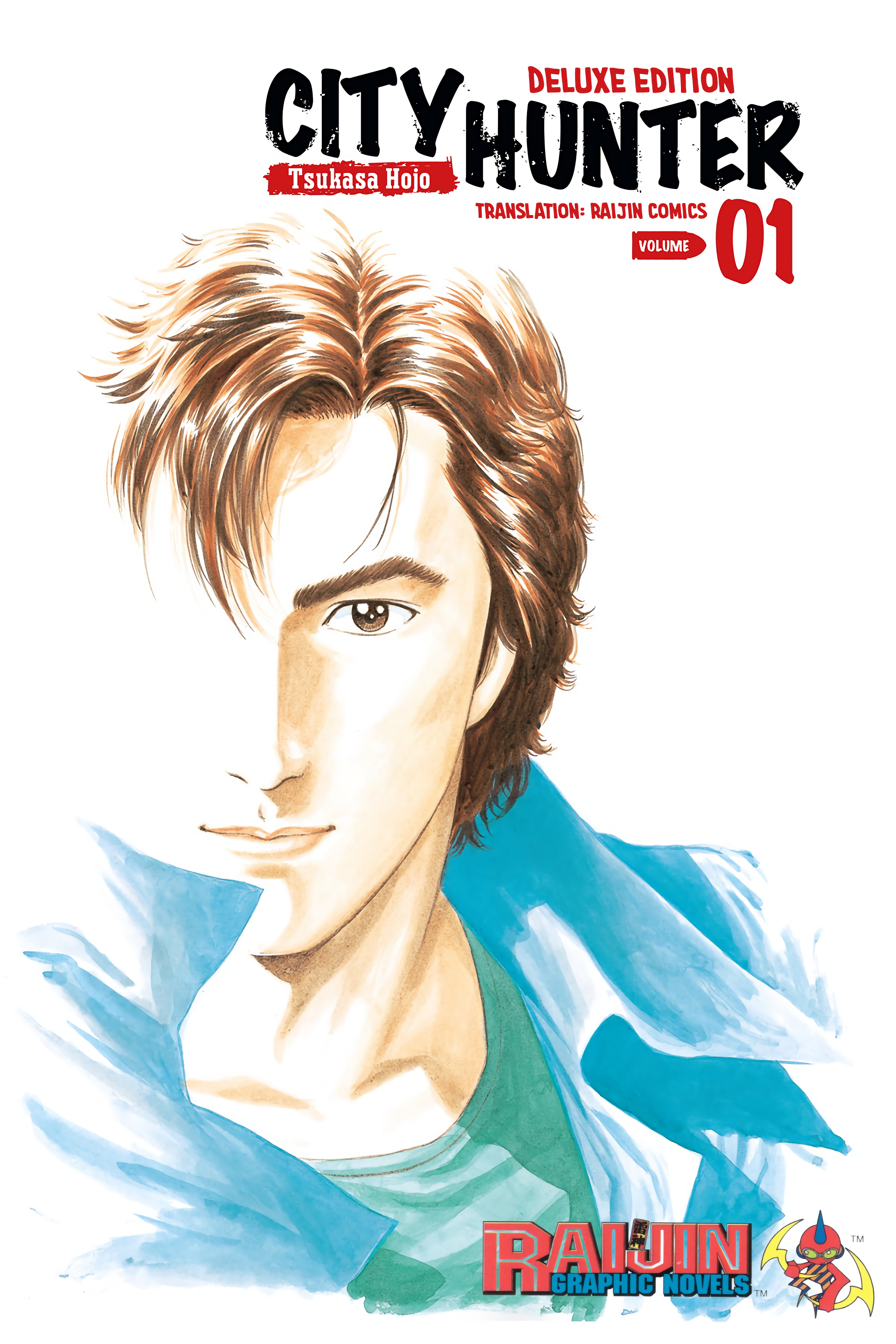 This upload contains scans of the official Raijin Comics release of City Hunter from the early 2000’s.

Ryo Saeba is a “sweeper” in the city of Tokyo. His works as a trouble shooter, cleaning the streets of vermin, and helping out desperate people. Sometimes he’s a bodyguard, sometimes he’s an assassin, whatever Ryo does he does it well. In fact his only flaw is his hormones – he loves the ladies and sometimes turns into an idiot when he’s near them. Thankfully he’s got people like his partner Kaori Makimura to keep him in check.