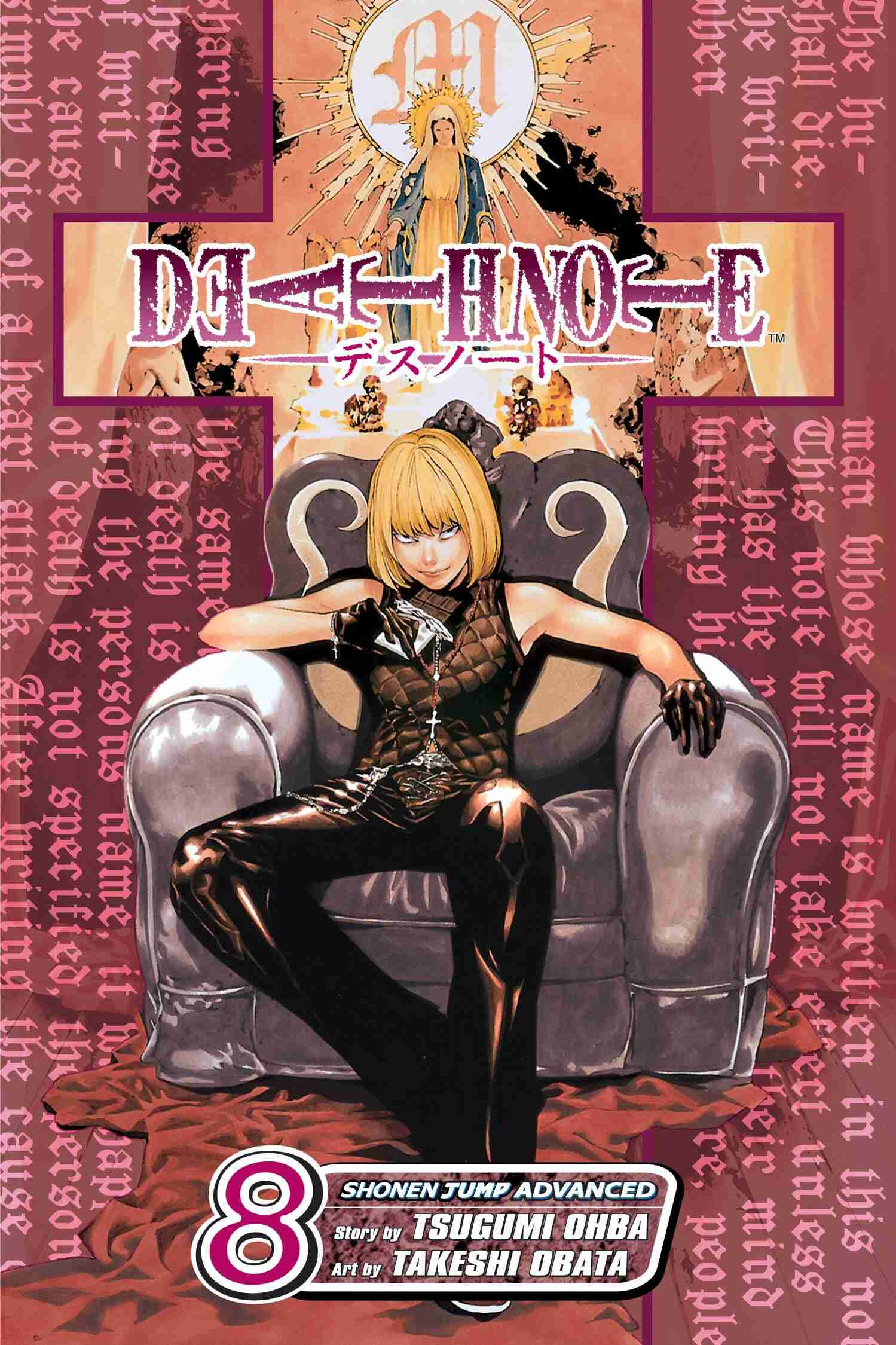 Death Note (stylized as DEATH NOTE) is a Japanese manga series written by Tsugumi Ohba and illustrated by Takeshi Obata. It was serialized in Shueisha‘s shōnen manga magazine Weekly Shōnen Jump from December 2003 to May 2006, with its 108 chapters collected in 12 tankōbon volumes.

When Light Yagami finds a notebook giving him power over death, will he use it for good—or evil?
Light Yagami is an ace student with great prospects—and he’s bored out of his mind. But all that changes when he finds the Death Note, a notebook dropped by a rogue Shinigami death god. Any human whose name is written in the notebook dies, and Light has vowed to use the power of the Death Note to rid the world of evil. But will Light succeed in his noble goal, or will the Death Note turn him into the very thing he fights against?

SUMMARY:
Light tests the boundaries of the Death Note’s powers as L and the police begin to close in. Luckily Light’s father is the head of the Japanese National Police Agency and leaves vital information about the case lying around the house. With access to his father’s files, Light can keep one step ahead of the authorities. But who is the strange man following him, and how can Light guard against enemies whose names he doesn’t know?

Tsugumi Ohba
Born in Tokyo, Tsugumi Ohba is the author of the hit series Death Note and Bakuman。

Takeshi Obata
Takeshi Obata was born in 1969 in Niigata, Japan, and first achieved international recognition as the artist of the wildly popular Shonen Jump title Hikaru no Go, which won the 2003 Tezuka Osamu Cultural Prize: Shinsei “New Hope” Award and the 2000 Shogakukan Manga Award. He went on to illustrate the smash hit Death Note as well as the hugely successful manga Bakuman。 and All You Need Is Kill.