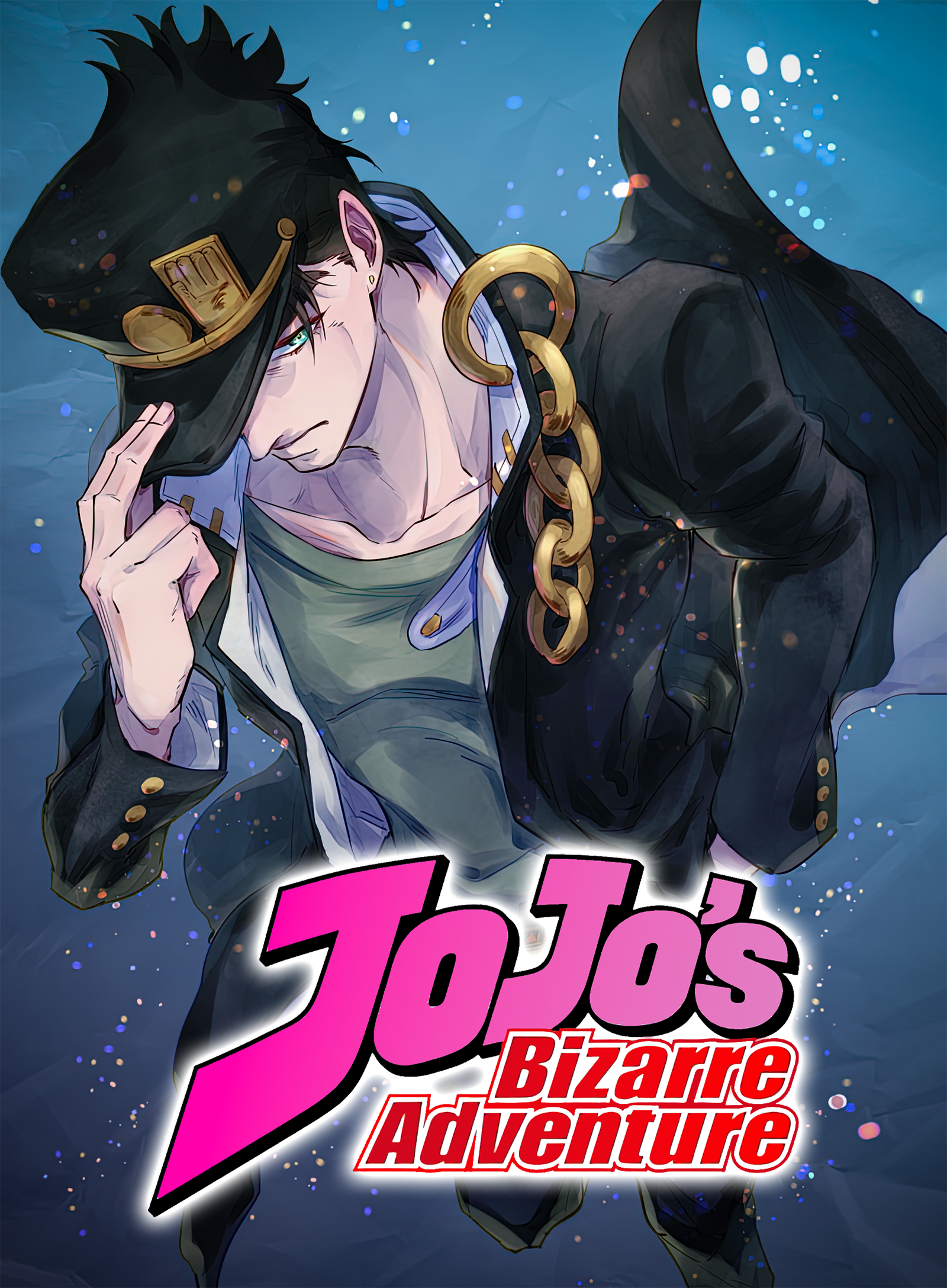 Young Jonathan Joestar’s life is forever changed when he meets his new adopted brother, Dio. For some reason, Dio has a smoldering grudge against him and derives pleasure from seeing him suffer. But every man has his limits, as Dio finds out. This is the beginning of a long and hateful relationship!

Volumes 1–5, 44 chapters. In late 19th-century England, Jonathan Joestar, the young son of a wealthy landowner, meets his new adopted brother Dio Brando, who loathes him and plans to usurp him as heir to the Joestar family. When Dio’s attempts are thwarted, he transforms himself into a vampire using an ancient Stone Mask and destroys the Joestar estate. Jonathan embarks on a journey, meets new allies, and masters the Hamon (波紋, “Ripple”) martial arts technique to stop Dio, who has made world domination his new goal.

JoJo’s Bizarre Adventure is a groundbreaking manga famous for its outlandish characters, wild humor and frenetic battles. A multigenerational tale of the heroic Joestar family and their never-ending battle against evil!

Volumes 5–12, 69 chapters. In 1938, a German expedition discovers and awakens a Pillar Man, a powerful humanoid whose race created the Stone Mask. The Pillar Man kills the researchers and escapes to awaken the other Pillar Men so that they may regain dominance over humanity by obtaining the Red Stone of Aja. Joseph Joestar, Jonathan’s grandson, unites with new allies and masters Hamon to defeat the Pillar Men.

A fiendish villain once thought to be dead has resurfaced and become even more powerful! To fight this evil, the aging Joseph Joestar enlists the help of his hot-blooded grandson, Jotaro Kujo. Together they embark on a perilous adventure that will take them around the world!

Volumes 13–28, 152 chapters. In 1989, Dio Brando (now referred to as “DIO”) awakens after his tomb is salvaged from the ocean. Because Dio had managed to capture Jonathan’s body, Stands (スタンド, Sutando) awaken in Jonathan’s descendants, consisting of Joseph, his daughter Holly Kujo, and grandson Jotaro Kujo. Holly, however, is unable to cope with her own Stand, and has only 50 days to live. Jotaro, Joseph, and their new allies set out to defeat Dio before this deadline expires, and encounter Dio’s henchmen along the way.

There’s a killer on the loose in Morioh, and Josuke and his friends are on the hunt!

Volumes 29–47, 174 chapters. In 1999, the Joestar family learns that Joseph has an illegitimate son, Josuke Higashikata,[b] who lives in the fictional Japanese town of Morioh. Josuke learns of a mystical Bow and Arrow that bestows Stands upon those struck by its arrowheads. As they hunt down the Bow and Arrow, Josuke and his allies encounter a serious threat in the form of the Stand-using serial killer Yoshikage Kira.

Volumes 47–63, 155 chapters. In 2001, in Naples, Italy, Giorno Giovanna is the son of Dio, conceived while he was in possession of Jonathan Joestar’s body. Giorno seeks to become a mafia boss in order to eliminate drug dealers who sell their wares to children. His team, which consists of Stand users, must confront the mafia boss Diavolo and protect his daughter Trish Una, whom Diavolo intends to kill in order to hide his identity.

The action shifts from Italy to America as Jolyne Cujoh is sentenced to 15 years in prison for a crime she didn’t commit!

Volumes 64–80, 158 chapters. In 2011, near Port St. Lucie, Florida, Jotaro Kujo’s daughter Jolyne Cujoh is framed for murder and sent to prison. She works together with other Stand-using prisoners and her father to hunt down prison chaplain Father Enrico Pucci, loyalist to Dio, who seeks the creation of a new universe shaped to his and Dio’s will.

Set in the United States in 1890, the story follows Johnny Joestar, a paraplegic ex-jockey, and Gyro Zeppeli, master in a mystic art named the Spin, as they compete with a vast number of others in the Steel Ball Run race: a mad-dash across America for a grand prize of 50 million dollars.

Volumes 81–104, 95 chapters. In an alternate timeline’s 1890, United States President Funny Valentine holds a cross-country horse race with a $50 million reward to the winner. Valentine intends to use the race to gather the scattered parts of a holy corpse for his own nationalistic ends. Racers Gyro Zeppeli and Johnny Joestar uncover Valentine’s ploy and must defend themselves from his hired assassins.

The story begins in 2011 and follows Josuke Higashikata, a young man afflicted by retrograde amnesia, in his search to uncover his identity in Morioh Town, a coastal Japanese town affected by the Tohoku earthquakeW. However, his digging pulls him and his adoptive family into the unfinished business between his previous life and an impending inhuman threat.

Volumes 105–131, 110 chapters. Set in the same universe as Steel Ball Run, in 2012, the town of Morioh has been devastated by the 2011 Tōhoku earthquake and tsunami, which has caused mysterious faults colloquially known as the “Wall Eyes” to appear in town. Local college student Yasuho Hirose discovers a young man buried in the rubble and nicknames him “Josuke”. Suffering from amnesia, Josuke tries to uncover the secret of his past as he is also confronted with the activities of a local crime syndicate, which sells the fruit of a mysterious Locacaca tree, capable of healing people and then “taking” something in return.

Hirohiko Araki made his manga debut in 1981 with the Wild West story “Busô Poker.” He experimented with several genres, including mystery (Mashonen B.T.) and action-horror (Baoh), before beginning JoJo’s Bizarre Adventure in 1986. Propelled by imaginative story lines, weird imagery and individualistic artwork, JoJo’s Bizarre Adventure is one of the longest-running and most popular shonen manga ever. Araki’s current works include a new series set in the JoJo universe, JoJolion.