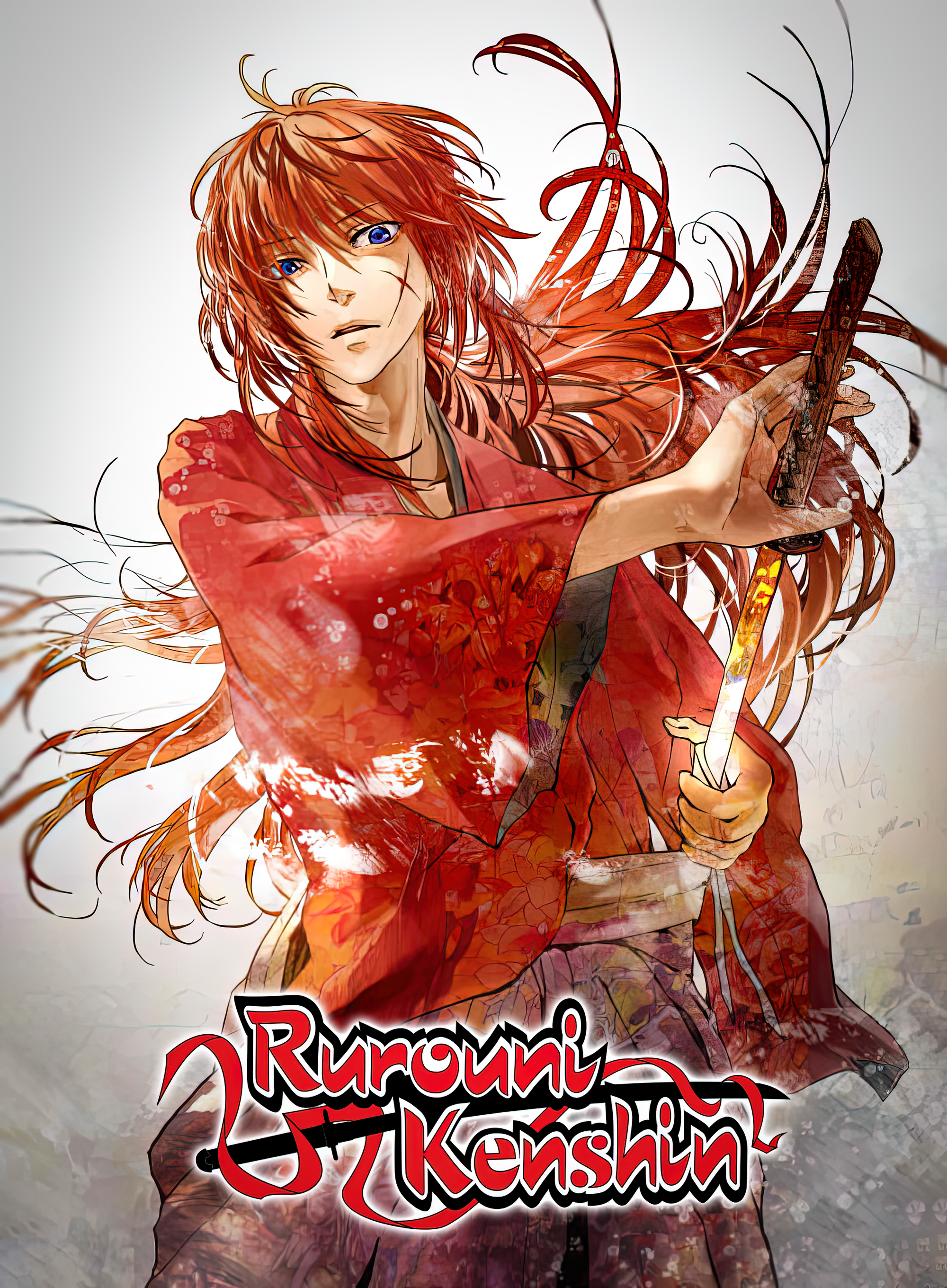 One hundred and forty years ago in Kyoto, with he coming of the American “Black Ships,” there arose a warrior who, felling men with his bloodstained blade, gained the name Hitokiri, manslayer! His killer blade helped close the turbulent Bakumatsu era and slashed open the progressive age known as Meiji. Then he vanished, and with the flow of years, became legend.

Ten years have passed since the end of Bakumatsu, an era of war that saw the uprising of citizens against the Tokugawa shogunate. The revolutionaries wanted to create a time of peace, and a thriving country free from oppression. The new age of Meiji has come, but peace has not yet been achieved. Swords are banned but people are still murdered in the streets. Orphans of war veterans are left with nowhere to go, while the government seems content to just line their pockets with money.

One wandering samurai, Kenshin Himura, still works to make sure the values he fought for are worth the lives spent to bring about the new era. Once known as Hitokiri Battousai, he was feared as the most ruthless killer of all the revolutionaries. Now haunted by guilt, Kenshin has sworn never to kill again in atonement for the lives he took, and he may never know peace until killing is a thing of the past.

Now in the 11th year of Meiji, Kenshin stumbles upon Kaoru Kamiya, owner and head instructor of a small dojo being threatened to close its doors. The police force is powerless to stop the string of murders done in the name of her dojo by a man claiming to be the famous Battousai. Kenshin’s wanderings pause for now as he joins Kaoru to clear both their names. But how long can he stay before his past catches up to him?