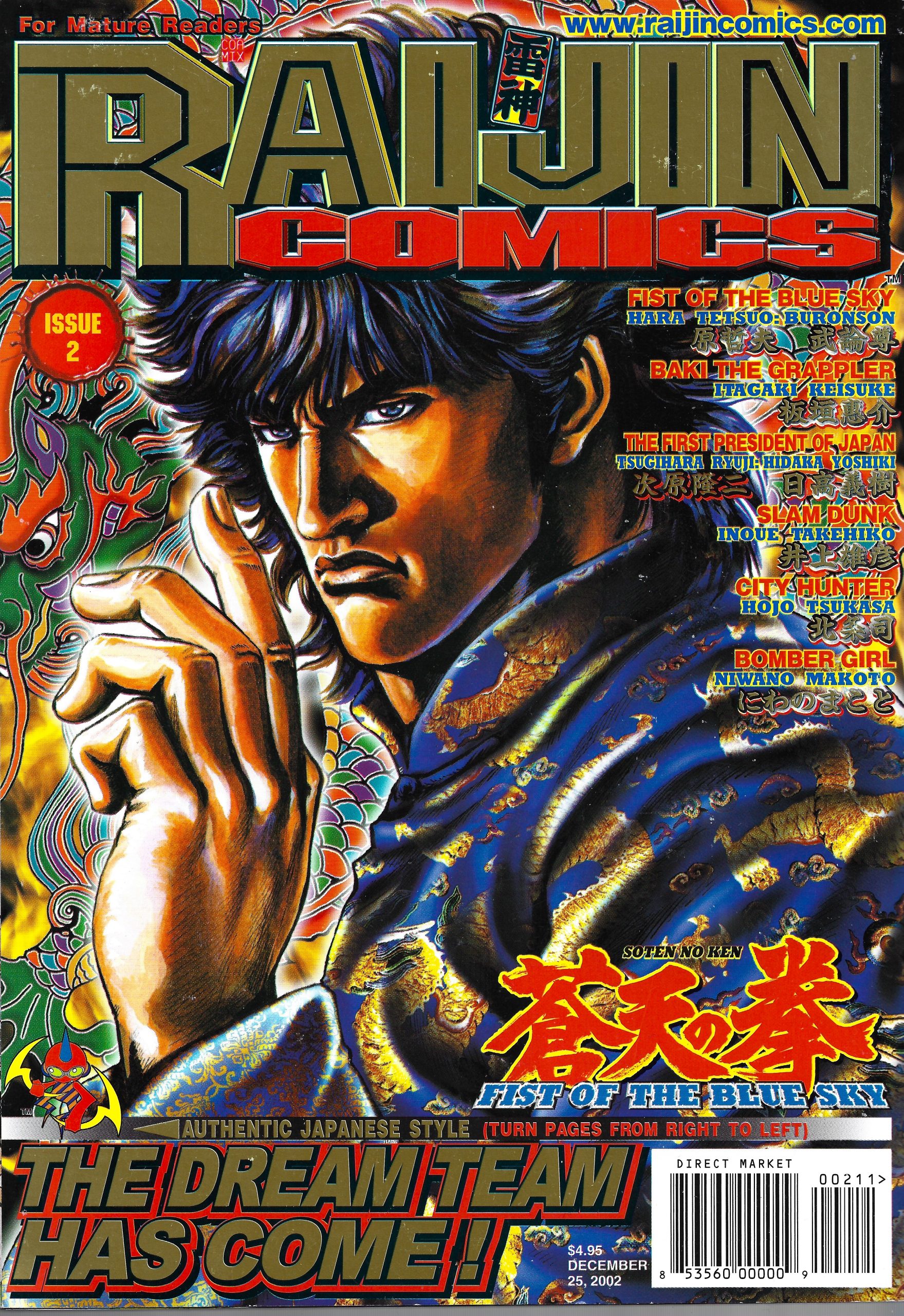 This upload contains scans of the official Raijin Comics release of Fist of the Blue Sky from the early 2000’s.

Taking place in 1930s Japan and China, Kasumi Kenshiro (the uncle of the lead from Hokuto no Ken) is forced to leave his teaching job and settle an old gang rivalry with the help of his martial arts. Along the way, he meets the son of one his triad buddies, an old flame, and a mysterious old man who teaches him new techniques which will assist him in his quest.