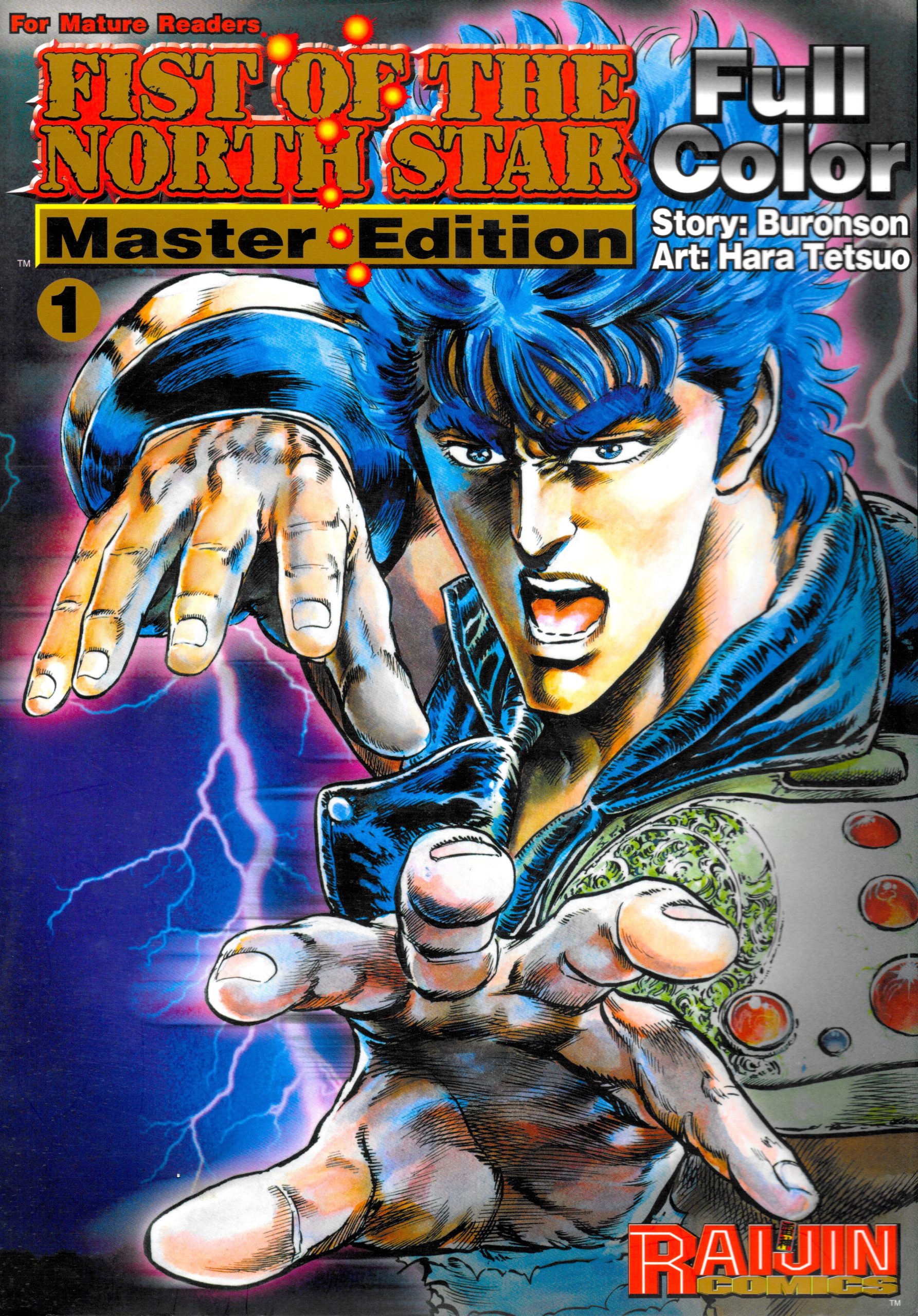 This upload contains scans of the official Raijin Comics release of Fist Of The North Star (Master Edition) from the early 2000’s.

199X, nuclear war has ravaged the planet. From the ashes, gangs have risen to take all the power from world governments. Justice has ceased to exist in this now lawless world. From the sands of a desert, a man appears. His name is Kenshiro, and he is the sucessor to the most powerful martial art in the world, Hokuto Shinken. This art attacks the foes insides, and makes them explode internally and die in often brutal ways. Kenshiro’s goal is to kill the man who kidnapped his fiance, Yuria. A man that he once called a friend, but who betrayed him and left him for dead. Along the way, he makes friends and enemies alike, while protecting those who cannot protect themselves.
Read First Read Last