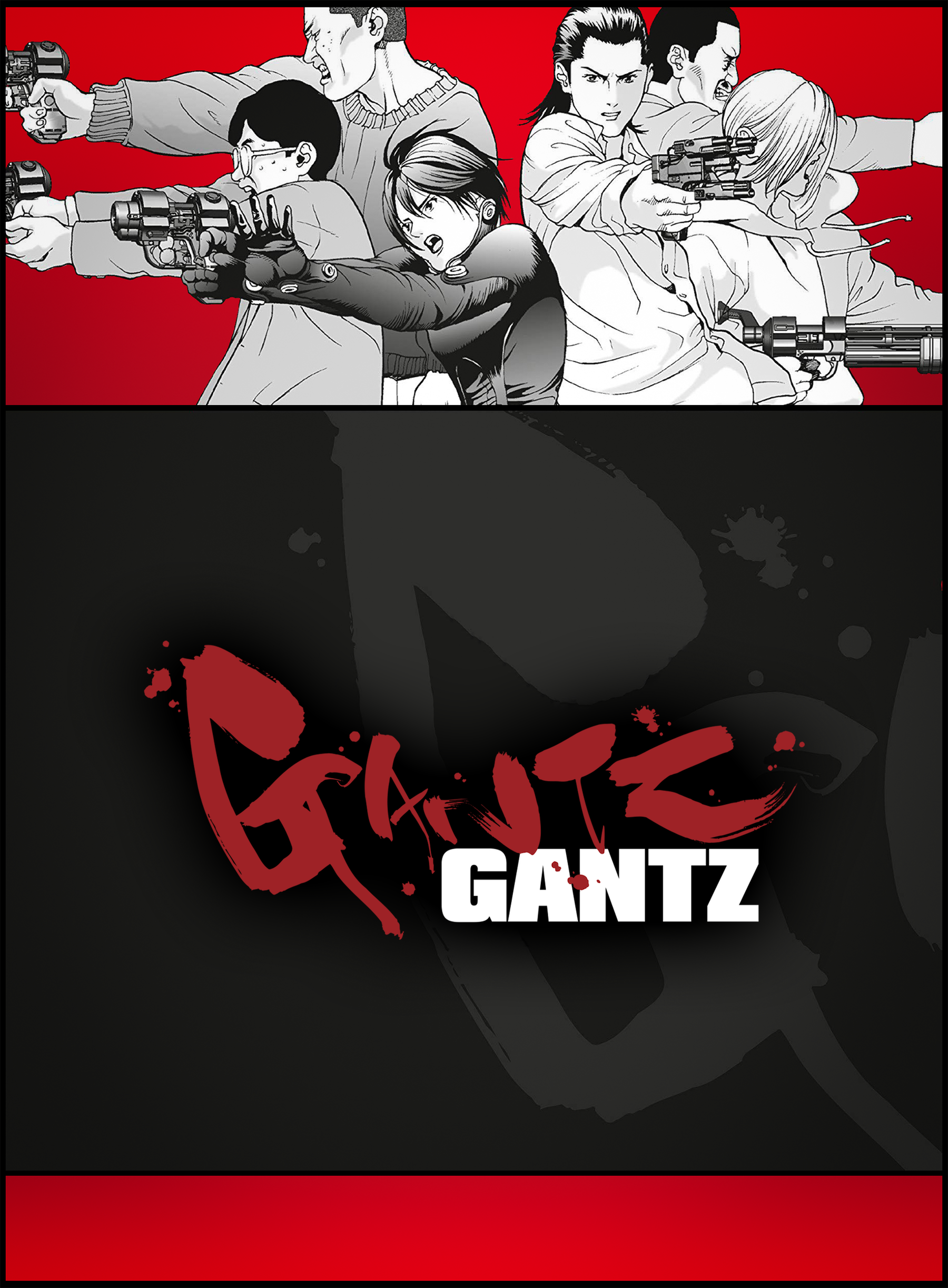 Gantz (stylized as GANTZ) is a Japanese manga series written and illustrated by Hiroya Oku. It was serialized in Shueisha‘s seinen manga magazine Weekly Young Jump from June 2000 to June 2013, with its chapters collected in thirty-seven tankōbon volumes.

How long will you stay in the game?

The last thing Kei and Masaru remember was being struck dead by a subway train while saving the life of a drunken bum. What a waste! And yet somehow they’re still . . . alive? Or semi-alive? Maybe it’s reanimated . . . by some kind of alien orb with a nasty message . . . “Your lives are over. What you do with your new lives is up to me!” And what this orb called “Gantz” intends to do with their lives is make them play games of death, hunting all kinds of odd aliens, along with a bunch of other ordinary citizens who’ve recently met a tragic semi-end. The missions they embark upon are often dangerous. Many die-and die again.

This dark and action-packed manga deals with the moral conflicts of violence, teenage sexual confusion and angst, and our fascination with death.

Hang on to your gear and keep playing the game, whatever you do; Gantz is unrelenting.

Lonely high school student Kei Kurono isolates himself out of a growing cynicism toward his fellow man and the cruelty they are capable of enacting. One day, while waiting to take the subway to school, Kei’s classmate Masaru Katou leaps onto the tracks in an effort to save a drunk man. Driven by an uncharacteristic desire to rescue someone else, Kei follows Katou down into danger. While successful in saving him, the two boys are killed by the train.

Kei wakes up beside Katou in an apartment full of strangers and furnished by a giant black orb with a glass-like outer surface. After finding out that everyone in the room has recently died, words appear on the black ball tasking them with killing a strange creature. The ball equips Kei and the others with power suits and mysterious guns before sending them off to collect this bizarre bounty.

Although Kei discovers the mission to be far more deadly than originally suspected, he manages to survive. He is teleported back to the apartment where he and the other survivors are rewarded point values according to their actions in battle by the black sphere, which a fellow survivor says is called “Gantz.” Despite his death earlier that day, Kei is granted the ability to return to his daily life with one condition: he can be uprooted from his day at any time and summoned back to the apartment, where Gantz will task him and other recently deceased with the assassination of another target.

While Katou dreads the inevitable return to Gantz, Kei finds himself living for the sole purpose of carrying out these missions. Thriving in the heat of battle and learning to care about himself and his comrades, Kei faces escalating monstrous threats that begin to bleed out into his normal life outside of Gantz.