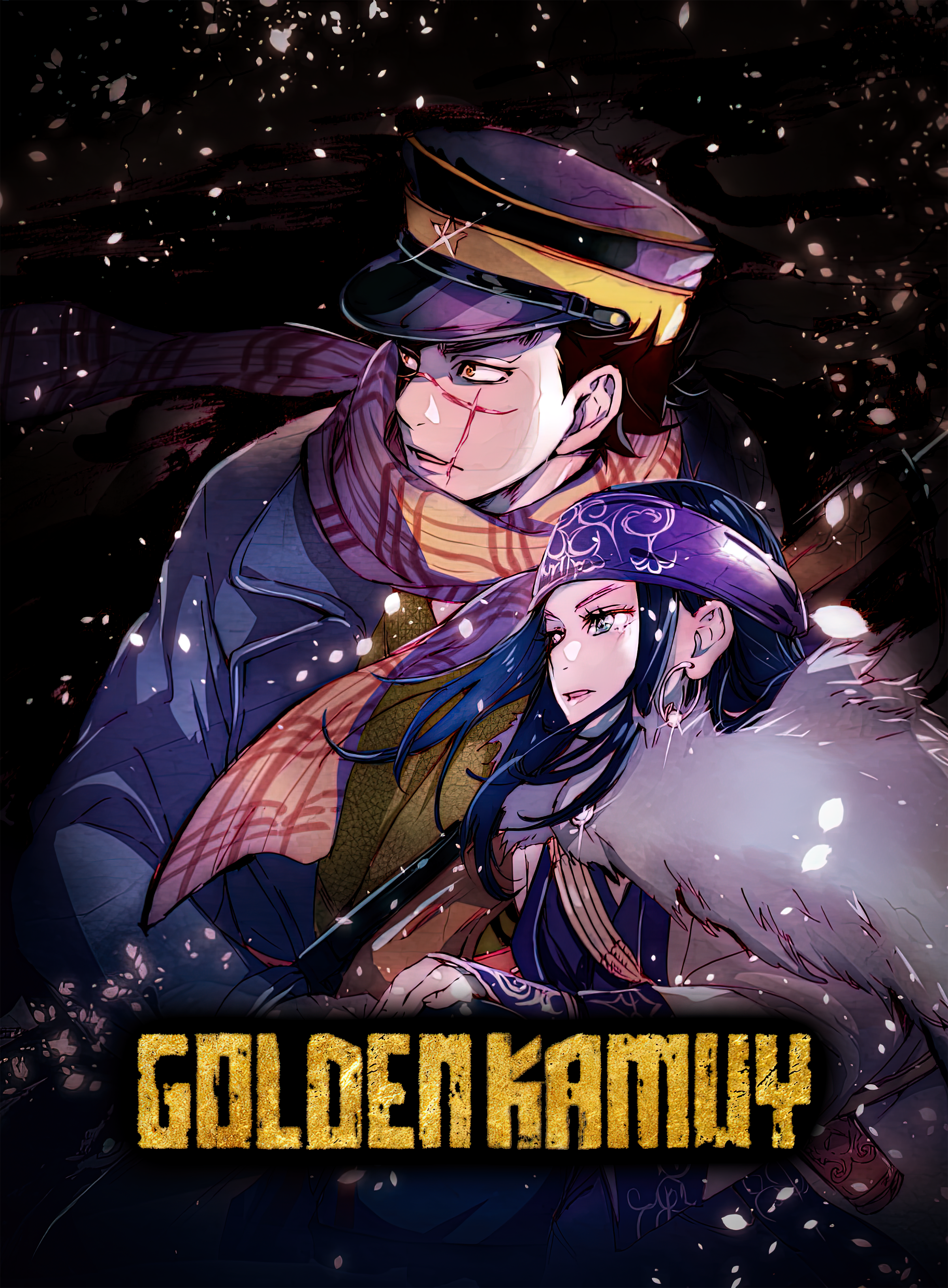 Golden Kamuy (ゴールデンカムイ, Gōruden Kamui) is a Japanese manga series written and illustrated by Satoru Noda. It was serialized in Shueisha‘s seinen manga magazine Weekly Young Jump from August 2014 to April 2022, with its chapters collected in thirty-one tankōbon volumes. The story follows Saichi Sugimoto, a veteran of the early twentieth-century Russo-Japanese War, and his quest to find a huge fortune of gold of the Ainu people, helped by a young Ainu girl named Asirpa. The Ainu language in the story is supervised by Hiroshi Nakagawa, an Ainu language linguist from Chiba University.

A tale of high adventure and survival on the Japanese frontier!

In the early twentieth century, Russo-Japanese War veteran Saichi Sugimoto searches the wilderness of the Japanese frontier of Hokkaido for a hoard of hidden gold. With only a cryptic map and a native Ainu girl to help him, Saichi must also deal with every murderous cutthroat, bandit and rogue who knows about the treasure!

Saichi Sugimoto is feared as the “Immortal Sugimoto” for his savagery on the battlefield during the Russo-Japanese war, but he is by no means a war hero. Sugimoto has been left to fend for himself after his release from the army for nearly killing a superior officer. Braving the rough terrain of Hokkaido, Sugimoto is now searching for gold in order to keep a promise to his lost brother-in-arms. His efforts have been fruitless for a long time until a mysterious traveler tells him of an urban legend that would rid him of all his troubles.

According to the legend, a criminal stole the gold of the Ainu, the indigenous people of Hokkaido, and hid it away in a location that can only be found when a map—made not from pieces of parchment, but the tattooed skins of escaped convicts—is brought together.

Upon meeting with a young Ainu girl, Asirpa, Sugimoto sets off in search of the tattooed prisoners, but many dangers await as soldiers and mercenaries seek the gold as well. Aided by Asirpa’s knowledge of the lands, the two of them depart to find the stolen Ainu gold in a journey of revenge, murder, and greed.