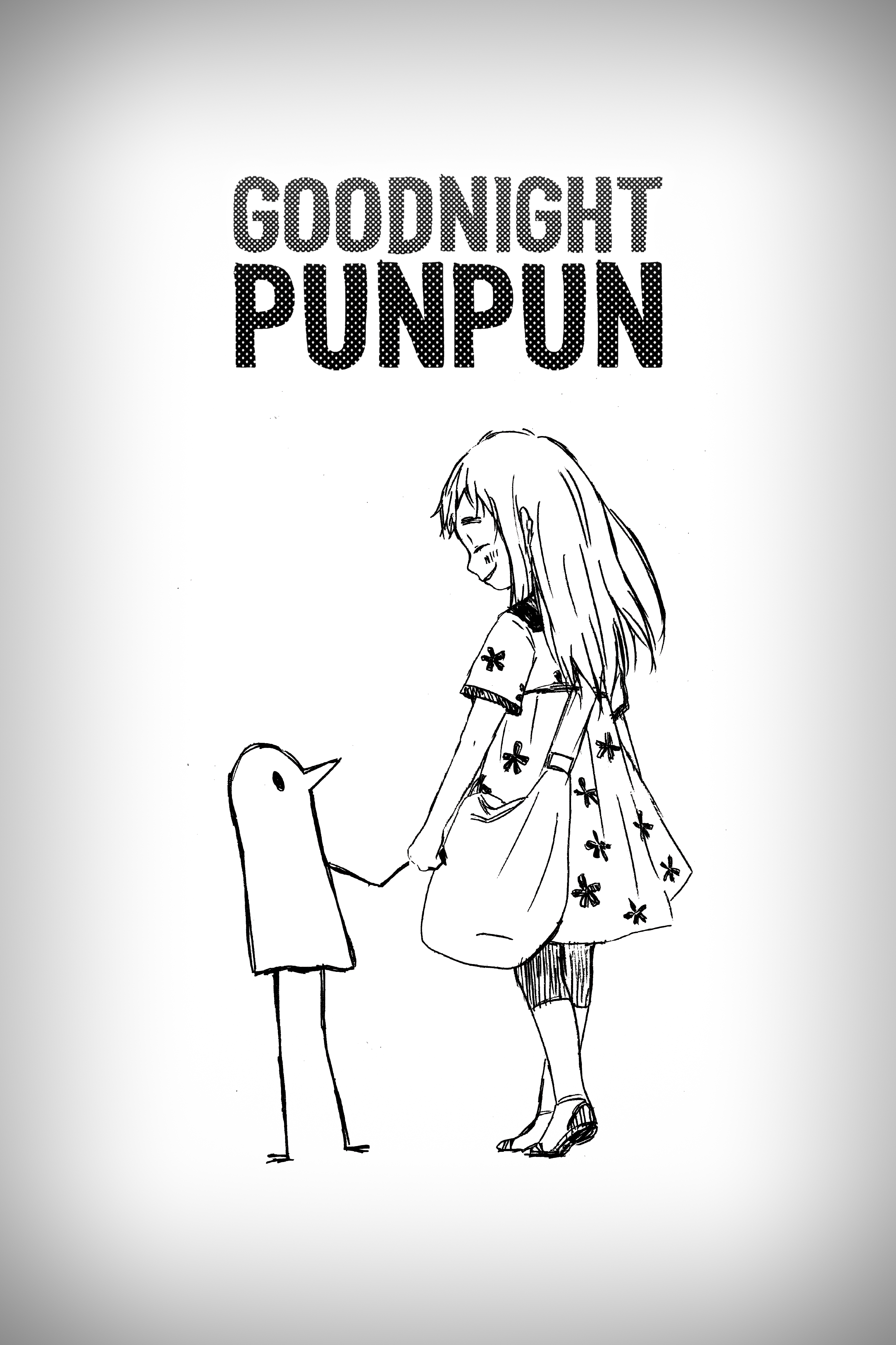 A dark coming-of-age tale where slice-of-life slices back.
This is Punpun’s coming-of-age story. His parents’ marriage is falling apart. His dad goes to jail, and his mom goes to the hospital. Punpun has to live with his loser uncle. He has a crush on a girl who lives in a weird cult. He tries talking with God about his problems, but God is a jerk. Punpun keeps hoping things will get better, but they really, really don’t.

Oyasumi Punpun was originally serialized in Young Sunday, but moved to Big Comic Spirits on October 20, 2008 (47th issue). It received a Jury Recommendation at the 13th Japan Media Arts Festival Awards in 2009.

The series was published in English as Goodnight Punpun by VIZ Media under the VIZ Signature imprint in 7 omnibus volumes from March 15, 2016 to September 19, 2017. It was also published in Spanish as Buenas noches, Punpun by Norma Editorial from October 29, 2015 to October 29, 2016; in Italian as Buonanotte, Punpun by Panini Comics from April 14, 2011 to July 31, 2014; and has been published by Editorial Ivrea in Argentina since July 21, 2017.

Goodnight Punpun (Japanese: おやすみプンプン, Hepburn: Oyasumi Punpun) is a Japanese manga series written and illustrated by Inio Asano. It was serialized in Shogakukan‘s Weekly Young Sunday between 2007 and 2008. Later in Weekly Big Comic Spirits from 2008 to 2013, its chapters were collected in thirteen tankōbon volumes. In North America, it was licensed for English release by Viz Media.

A coming-of-age drama story, it follows the life of a child named Onodera Punpun, from his elementary school years to his early 20s, as he copes with his dysfunctional family, love life, friends, life goals and hyperactive mind, while occasionally focusing on the lives and struggles of his schoolmates and family. Punpun and the members of his family are normal humans, but are depicted to the reader in the form of crudely drawn birds. The manga explores themes such as depression, love, social isolation, sex, death, and family.

Inio Asano, a bona fide earthling, was born in Ibaraki, Japan, in 1980. In 2001, his short story “Uchu kara Konnichiwa” (Hello from Outer Space) won the first Sunday GX Rookie Prize. Later GX published his series Subarashii Sekai, available in English from VIZ Media as What a Wonderful World! His series solanin, Goodnight Punpun and Dead Dead Demon’s Dededede Destruction are also available from VIZ Media. Other works by Asano include Hikari no Machi (City of Light), Nijigahara Holograph, and Umibe no Onna no Ko (A Girl on the Shore).