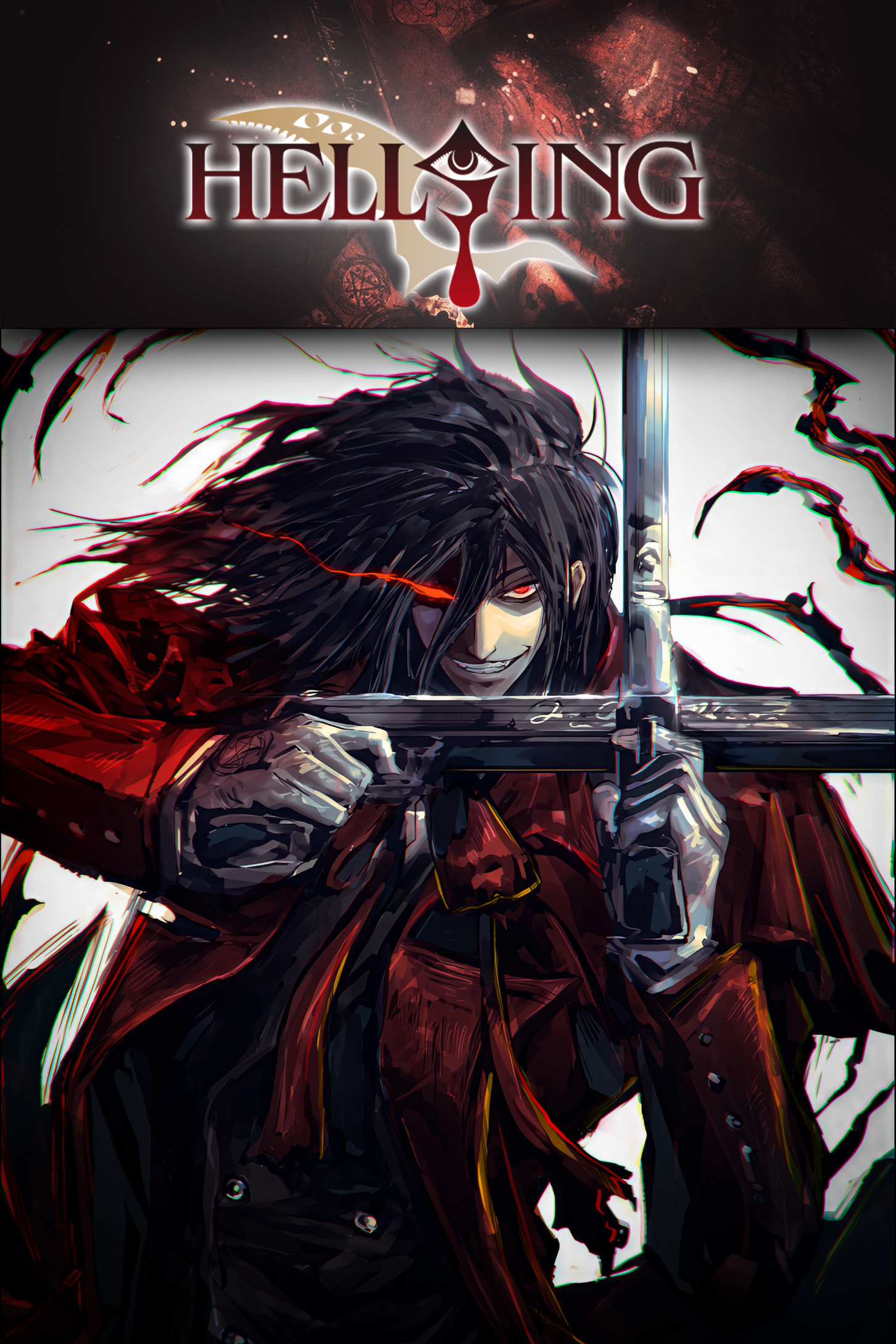 Hellsing (stylized as “HELLSING“) is a Japanese manga series written and illustrated by Kouta Hirano.

There’s a secret organization somewhere in England created to defend the Queen and country from monsters of all sorts. Yes, it’s hard to believe in this day and age… but really, isn’t this the true age of monsters? Enter Hellsing, an agency, long in tooth, with the experience, know-how, and… er… equipment to handle the problems that arise when vampires, ghouls, and the like take on these dark forces. “What equipment?” you may say. How about another vampire, and a big pistol loaded with special silver bullets? That oughta do the trick. But what really knocks ’em dead is the sharp wit, awesome artwork, and crazy, bloody action that make up this classic manga by Kohta Hirano (Drifters).

For centuries, many secret organizations have taken part in exterminating various types of dangerous monsters. One of them is the England-based Hellsing, run by its cunning leader, Sir Integra Fairbrook Wingates Hellsing. Her greatest hunter, and trump card, is Alucard, an unbeatable vampire genetically modified by her father. Despite him being one of “them,” he swore to be her protector and servant.

A new crisis begins and with the help of Seras Victoria, his recently turned vampire partner, Alucard has to uncover the truth behind the mysterious vampire attacks. Not every human is bound to be his ally in this battle, and he will not hesitate to kill anyone who stands in his way.

Hellsing, a secret organization of the British government, have long been battling supernatural threats to keep the people safe from creatures of the night. The current leader, Integra Wingates Hellsing controls her own personal army to eliminate the undead beings, but even her highly trained soldiers pale in comparison to her most trusted vampire exterminator, a man by the name of Alucard, who is actually a powerful vampire himself. Along with Integra’s mysterious butler and Alucard’s new vampire minion, Seras Victoria, The Hellsing Organization must face not only regular ghouls and vampires, but a rivaling secret organization from the Vatican, and Millennium, an enigmatic group of madmen spawned by a certain war over 50 years ago…

A bloody battle between monsters is about to begin, The dead are dancing, and all hell is singing…

HELLSING (ヘルシング Herushingu?) is a manga series written and illustrated by Kouta Hirano.

It first premiered in Young King OURs in 1997 and ended in September 2008. The individual chapters are collected and published in tankōbon volumes by Shōnen Gahōsha. The series was licensed for English language release in North America by Dark Horse Comics. From 2001 to 2009, Hirano released a 6-chapter prequel series, Hellsing: The Dawn, in special editions of Young King OURs. This series consists of 10 complete volumes on which both TV Series and the OVA are based.

Hellsing (stylized in all caps) is a Japanese manga series written and illustrated by Kouta Hirano. It was serialized in Shōnen Gahōsha‘s seinen manga magazine Young King OURs from May 1997 to September 2008, with its chapters collected in ten tankōbon volumes. The series chronicles the efforts of the mysterious and secret Hellsing Organization as it combats vampires, ghouls, and other supernatural foes who threaten England. The series was licensed for English language release in North America by Dark Horse Comics. From 2002 to 2006, Hirano released a six-chapter prequel series, Hellsing: The Dawn, in Young King OURs Zōkan (later Young King OURs+ before ceasing publication).

A thirteen-episode anime television series adaptation by Gonzo, directed by Umanosuke Iida and Yasunori Urata, with screenplay by Chiaki J. Konaka, was broadcast on Fuji TV from October 2001 to January 2002. A ten-episode original video animation (OVA), titled Hellsing Ultimate, was produced by Geneon. It followed the manga storyline more closely than the anime series.[5] It was released between February 2006 and December 2012. In North America, both the TV series and the OVA were first licensed by Geneon Entertainment and later by Funimation.