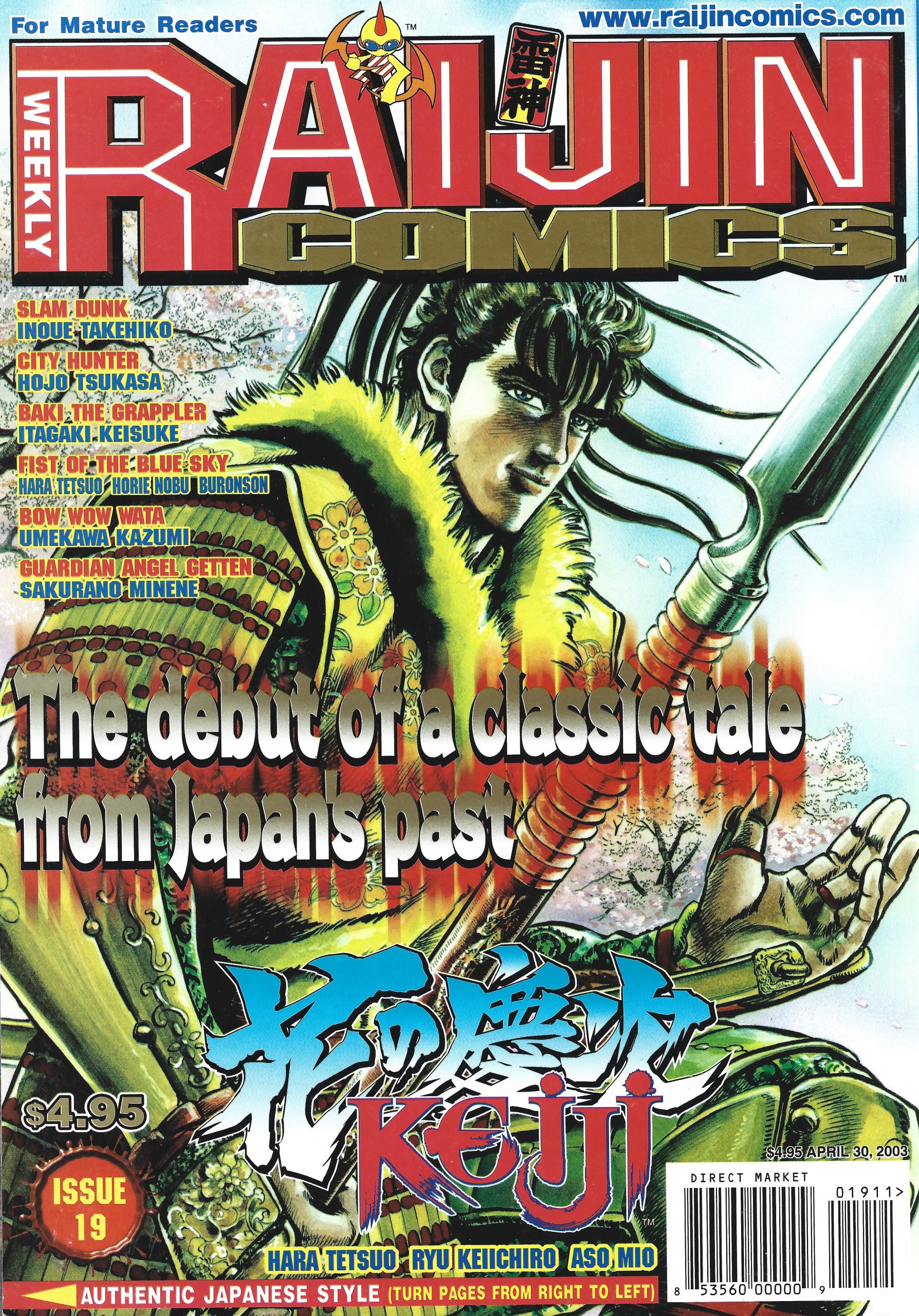 This upload contains scans of the official Raijin Comics release of Keiji of the Flowers from the early 2000’s.

During the closing years of the civil war period and uneasy reign of Toyotomi Hideyoshi, when men high and low scramble to follow conventional propriety so that they don’t attract undue notice (or death) to themselves, there is one very bizarre individual who is known for his legendarily outlandish and wild personality, physical appearance and behavior. This series traces the dramatic adventures of Maeda Keiji from personal conflicts with his adopted Maeda family, brave combat exploits, travels to the capital, and relationships with famous existing figures such as Tokugawa Iyeyasu, Rikyuu the tea master, and Hideyoshi himself, to experiences with the foreign and Japanese Christian faithful.