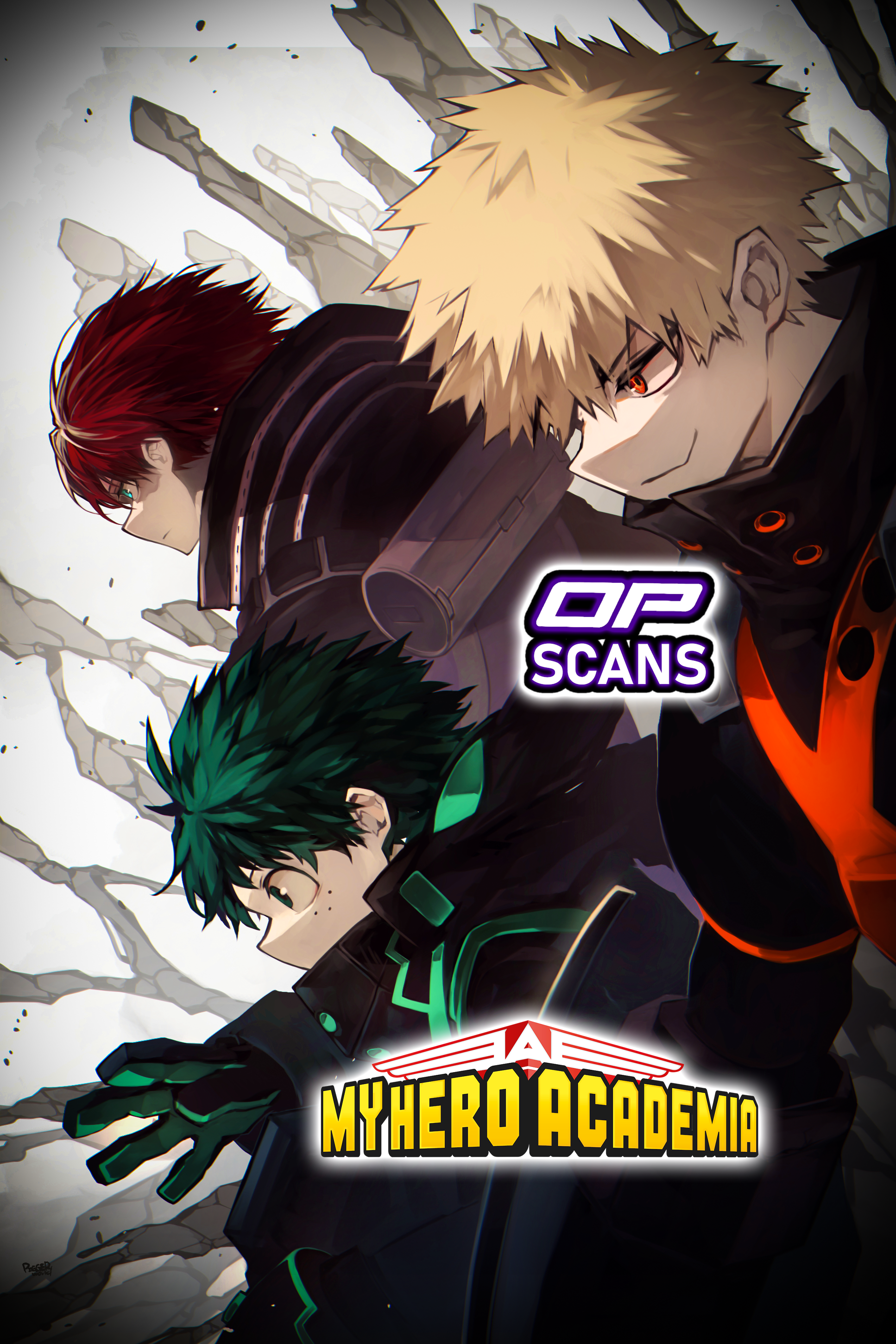 My Hero Academia (僕のヒーローアカデミア, Boku no Hīrō Akademia) is a Japanese superhero manga series written and illustrated by Kōhei Horikoshi.

What would the world be like if 80 percent of the population manifested superpowers called Quirks? Heroes and villains would be battling it out everywhere! Being a hero would mean learning to use your power, but where would you go to study? The Hero Academy, of course! But what would you do if you were one of the 20 percent who were born Quirkless?

Middle school student Izuku Midoriya wants to be a hero more than anything, but he hasn’t got an ounce of power in him. With no chance of ever getting into the prestigious U.A. High School for budding heroes, his life is looking more and more like a dead end. Then an encounter with All Might, the greatest hero of them all, gives him a chance to change his destiny…

One day, a four-year-old boy came to a sudden realization: the world is not fair. Eighty percent of the world’s population wield special abilities, known as “quirks,” which have given many the power to make their childhood dreams of becoming a superhero a reality. Unfortunately, Izuku Midoriya was one of the few born without a quirk, suffering from discrimination because of it. Yet, he refuses to give up on his dream of becoming a hero; determined to do the impossible, Izuku sets his sights on the elite hero training academy, UA High.

However, everything changes after a chance meeting with the number one hero and Izuku’s idol, All Might. Discovering that his dream is not a dead end, the powerless boy undergoes special training, working harder than ever before. Eventually, this leads to him inheriting All Might’s power, and with his newfound abilities, gets into his school of choice, beginning his grueling journey to become the successor of the best hero on the planet.

Kohei Horikoshi was born in Aichi, Japan, in 1986. He received a Tezuka Award Honorable Mention in 2006, and after publishing several short stories in Akamaru Jump, his first serialized work in Weekly Shonen Jump was Oumagadoki Doubutsuen in 2010. Barrage was his second series and My Hero Academia his third series in Weekly Shonen Jump.