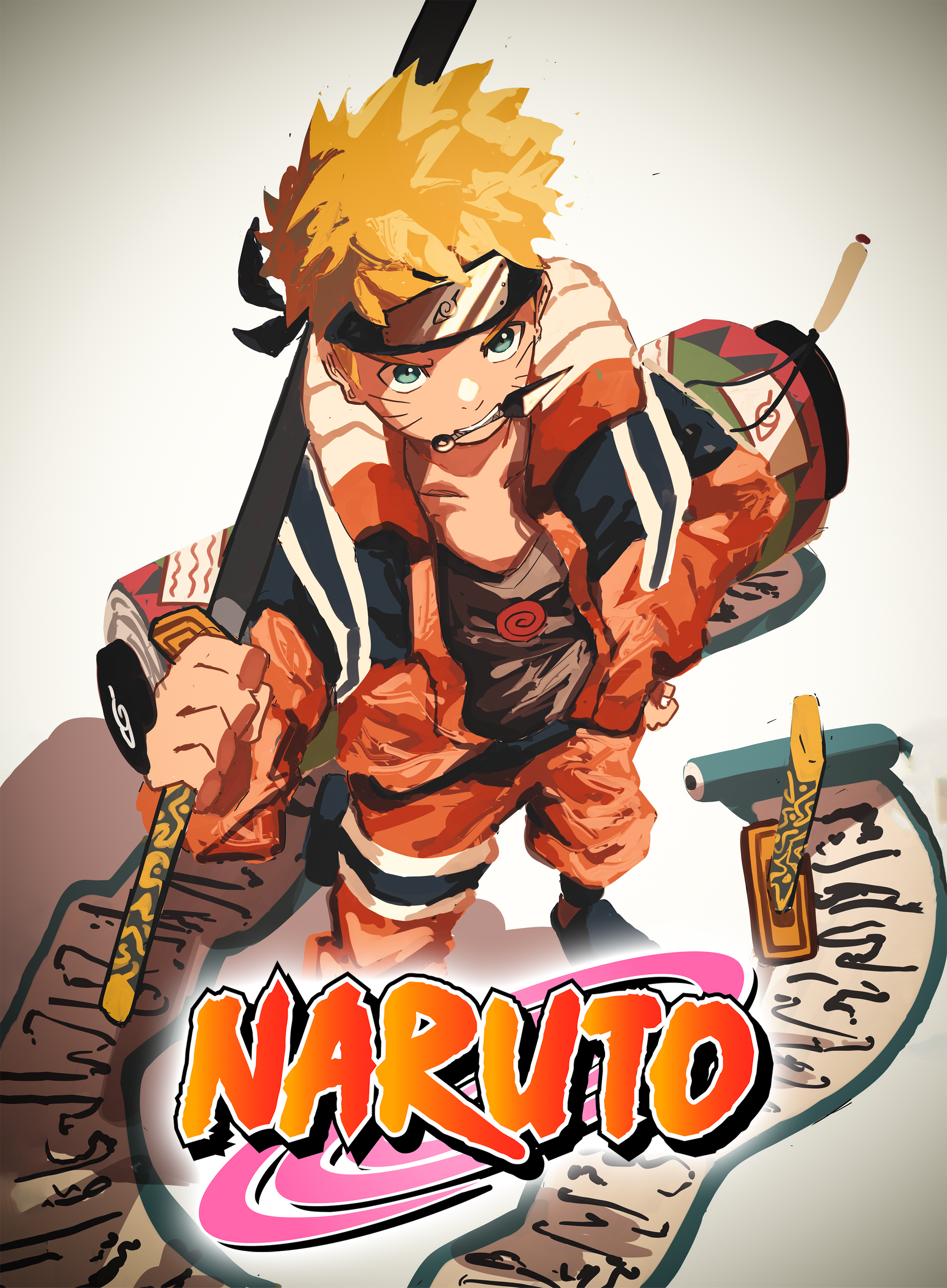 The epic adventures of the world’s greatest ninja!

Naruto is a young shinobi with an incorrigible knack for mischief. He’s got a wild sense of humor, but Naruto is completely serious about his mission to be the world’s greatest ninja!

Twelve years ago the Village Hidden in the Leaves was attacked by a fearsome threat. A nine-tailed fox spirit claimed the life of the village leader, the Hokage, and many others. Today, the village is at peace and a troublemaking kid named Naruto is struggling to graduate from Ninja Academy. His goal may be to become the next Hokage, but his true destiny will be much more complicated. The adventure begins now!

Whenever Naruto Uzumaki proclaims that he will someday become the Hokage—a title bestowed upon the best ninja in the Village Hidden in the Leaves—no one takes him seriously. Since birth, Naruto has been shunned and ridiculed by his fellow villagers. But their contempt isn’t because Naruto is loud-mouthed, mischievous, or because of his ineptitude in the ninja arts, but because there is a demon inside him. Prior to Naruto’s birth, the powerful and deadly Nine-Tailed Fox attacked the village. In order to stop the rampage, the Fourth Hokage sacrificed his life to seal the demon inside the body of the newborn Naruto.

And so when he is assigned to Team 7—along with his new teammates Sasuke Uchiha and Sakura Haruno, under the mentorship of veteran ninja Kakashi Hatake—Naruto is forced to work together with other people for the first time in his life. Through undergoing vigorous training and taking on challenging missions, Naruto must learn what it means to work in a team and carve his own route toward becoming a full-fledged ninja recognized by his village.

Author/artist Masashi Kishimoto was born in 1974 in rural Okayama Prefecture, Japan. Like many kids, he was first inspired to become a manga artist in elementary school when he read Dragon Ball. After spending time in art college, he won the Hop Step Award for new manga artists with his story Karakuri. After considering various genres for his next project, Kishimoto decided on a story steeped in traditional Japanese culture.

His first version of Naruto, drawn in 1997, was a one-shot story about fox spirits; his final version, which debuted in Weekly Shonen Jump in 1999, quickly became the most popular ninja manga in the world. The series would also spawn multiple anime series, movies, novels, video games and more.

Having concluded the series in late 2014, Masashi Kishimoto kept himself busy penning continuing adventures in the Naruto world, including the manga Naruto: The Seventh Hokage and the Scarlet Spring and the story for Boruto: Naruto the Movie, both of which focus on the title character’s son, Boruto.

. Naruto Colored Manga, in English OFFICIAL TRANSLATION, full 700 chapters of 72 volumes, completed series. Read the Naruto Full Colored Manga here! We are the original team, so please  link ColoredManga.Com when sharing with friends, because we as the original team are on the constant lookout for errors and fix them immediately. No missing pages, no errors, while other anime websites that steal from us and remove our credits, don’t bother to update the chapter corrections that we’ve made on here. Now, our work is perfect, so please share this site with your friends!

. What differentiates this specific Naruto – Digital Colored Comics Full Series ColoredManga.com/Naruto from other full colored Naruto manga websites, is that we are the ORIGINAL TEAM who photoshopped everything. Other website aggregators simply downloaded our chapters and re-uploaded them to their sites, removing our credit pages. They downloaded a bad version that uses outdated, old fan-translations, that we had previously completed.  In 2022, we actually updated our full colored Naruto volumes 1-72 by using official translations from chapters 1-700, so you’ll read the most understandable version from our website.

. Important Note: the series is completely readable and not missing any canon dialogue or text. The translations are 100% official from beginning to end. However, half of this series isn’t properly edited and redrawn, but we released this early since so many people including youtubers were asking for it. We’ll update with the proper redraws, zero watermarks, and volume extras etc as time goes on, so think of this as a beta release. This release is 100% readable.

. I also want to promote our Sister Project, the Rebuild of Naruto. Our ANIMATOR equivalent! (Imagine sister projects except different people~) https://discord.gg/DXrJj9E