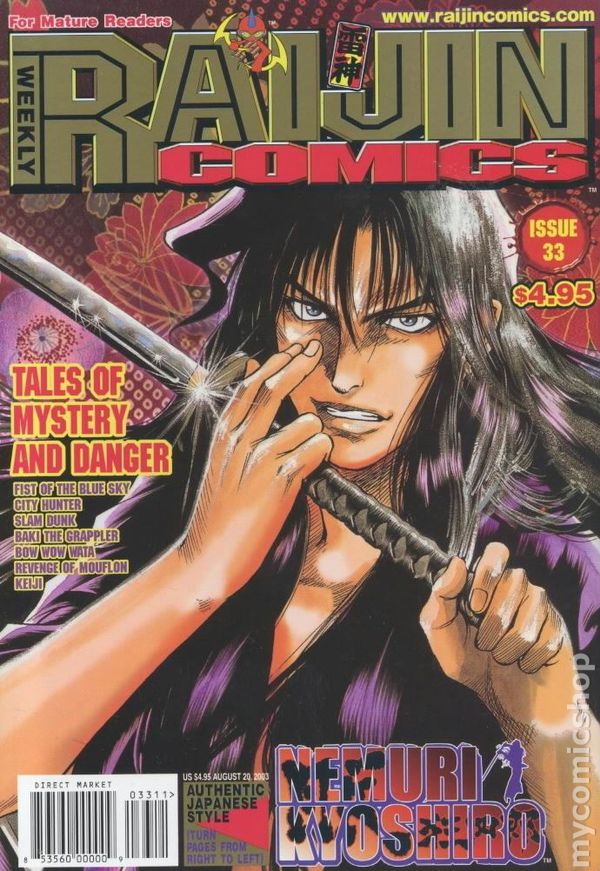 This upload contains scans of the official Raijin Comics release of Nemuri Kyoshiro from the early 2000’s.

Nemuri Kyoshiro’s search for a stolen bible has drawn him into a conspiracy to blackmail the heir-apparent ruler of Japan-
and, more immediately, a midnight duel with Sakuma Chugo, the sword of the master conspirator. Sakuma seemingly gains the upper hand against our blue-eyed hero before the illusion gives way to reveal the secret Christian convert for what he really is: a once masterful practitioner of the sword destroyed by an opium habit. The opium that Sakuma had hoped would give him an advantage prevents him from feeling a fatal strike. Now, with his lifeblood spilling over, Sakuma desperately looks for salvation and one last chance to strike Kyoshiro.