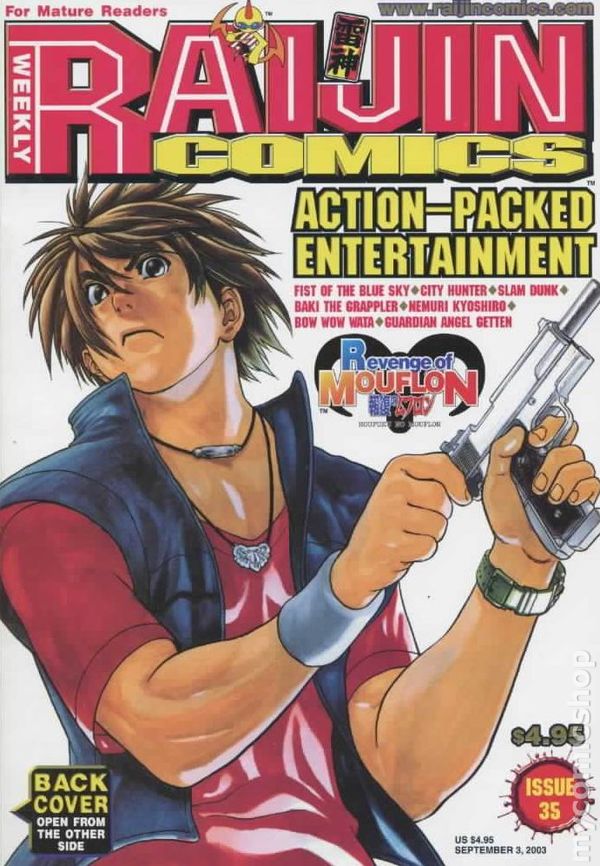 This upload contains scans of the official Raijin Comics release of Revenge of Mouflon from the early 2000’s.

Sano Yohei, a comedian, and Nishida Masayoshi, a Former Joint Chief of Staff of the Self-Defense Force, pilot a hijacked plane to safety, landing in front of the National Diet Building. Expecting to be hailed as heroes, they are taken away by the
police and made into scapegoats by the government to avoid panicking the people. While being transferred to prison, Sano escapes and delivers live statement on national TV, warn- ing the citizens of the eminent danger of terrorism in Japan. Just as he is surrendering to the gover- nor personal security police, a shot rings out…