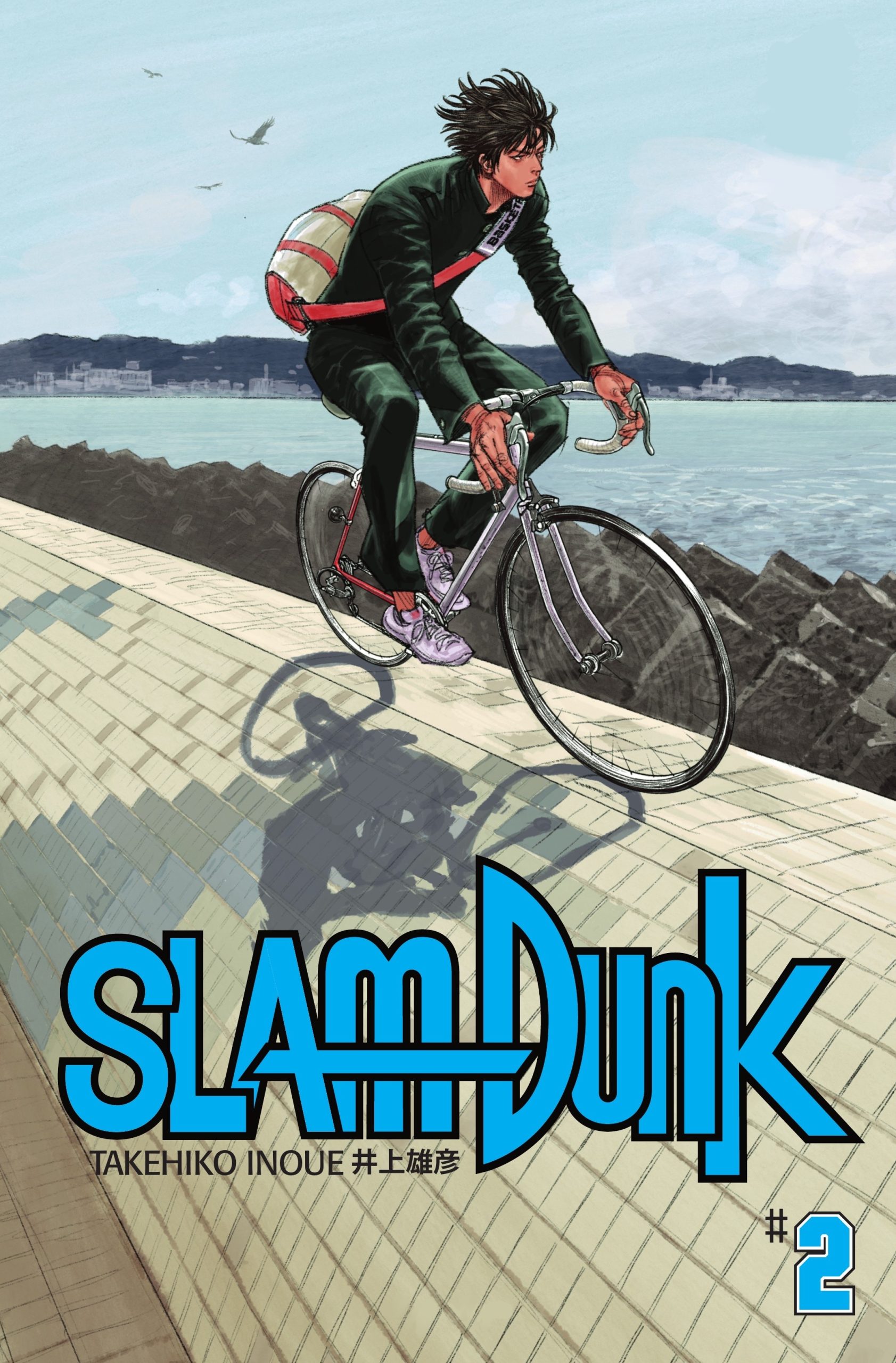 The world’s best-selling basketball series from Eisner Award nominee Takehiko Inoue.
Winning isn’t everything in the game of basketball, but who wants to come in second? It takes dedication and discipline to be the best, and the Shohoku High hoops team wants to be just that. They have one last year to make their captain’s dream of reaching the finals come true—will they do it?

Slam Dunk (stylized as SLAM DUNK) is a Japanese sports manga series written and illustrated by Takehiko Inoue. It was serialized in Shueisha‘s shōnen manga magazine Weekly Shōnen Jump from October 1990 to June 1996, with the chapters collected into 31 tankōbon volumes. It tells the story of a basketball team from Shōhoku High School in the Shōnan area of Japan.

The manga was adapted into an anime television series by Toei Animation which aired from October 1993 to March 1996 and has been broadcast worldwide, enjoying much popularity particularly in Japan, several other Asian countries and Europe.

Slam Dunk has 170 million copies in circulation, making it the seventh best-selling manga series in history. In 1994, it received the 40th Shogakukan Manga Award for the shōnen category. In 2010, Inoue received special commendations from the Japan Basketball Association for helping popularize basketball in Japan.

Hanamichi Sakuragi, a tall, boisterous teenager with flame-red hair and physical strength beyond his years, is eager to put an end to his rejection streak of 50 and finally score a girlfriend as he begins his first year of Shohoku High. However, his reputation for delinquency and destructiveness precedes him, and most of his fellow students subsequently avoid him like the plague. As his first day of school ends, he is left with two strong thoughts: “I hate basketball” and “I need a girlfriend.”

Haruko Akagi, ignorant of Hanamichi’s history of misbehavior, notices his immense height and unwittingly approaches him, asking whether or not he likes basketball. Overcome by the fact that a girl is speaking to him, the red-haired giant blurts out a yes despite his true feelings. At the gym, Haruko asks if he can do a slam dunk. Though a complete novice, Hanamachi palms the ball and makes the leap…but overshoots, slamming his head into the backboard. Amazed by his near-inhuman physical abilities, Haruko quickly notifies the school’s basketball captain of his feat. With this, Hanamichi is unexpectedly thrust into a world of competition for a girl he barely knows, but he soon discovers that there is perhaps more to basketball than he once thought.

Slam Dunk was awarded the 40th Shogakukan Manga Award for best shounen manga in 1994. In a 2006 poll for the 10th Japan Media Arts Festival, the series was voted by Japanese fans as the #1 manga series of all time. With over 120 million copies sold as of 2012, it is one of the most successful manga series to date. Its wide success led to a large increase in the popularity of basketball in Japanese youth. In 2010, Takehiko Inoue received special commendations from the Japan Basketball Association for popularizing basketball in Japan.

The series was published in English by Gutsoon! Entertainment under the Raijin Comics Imprint for five volumes from July 2, 2003 to May 5, 2004. After Gutsoon’s shutdown, publishing rights to Slam Dunk were purchased by VIZ Media who then republished the series under the Shonen Jump imprint from September 2, 2008 to December 3, 2013. It was published in Spanish by Ivrea España from February 2003 to September 2005 and republished in Kanzenban from January 2010 to May 2016.

NOTES:
. What differs this from other versions?
_ This version is edited from scratch using the VIZ translations provided by 2RaB and then putting those translations on top of the French scans.
_ This release follows the 20 volume format: Star Edition (French Digitals) published by KANA.