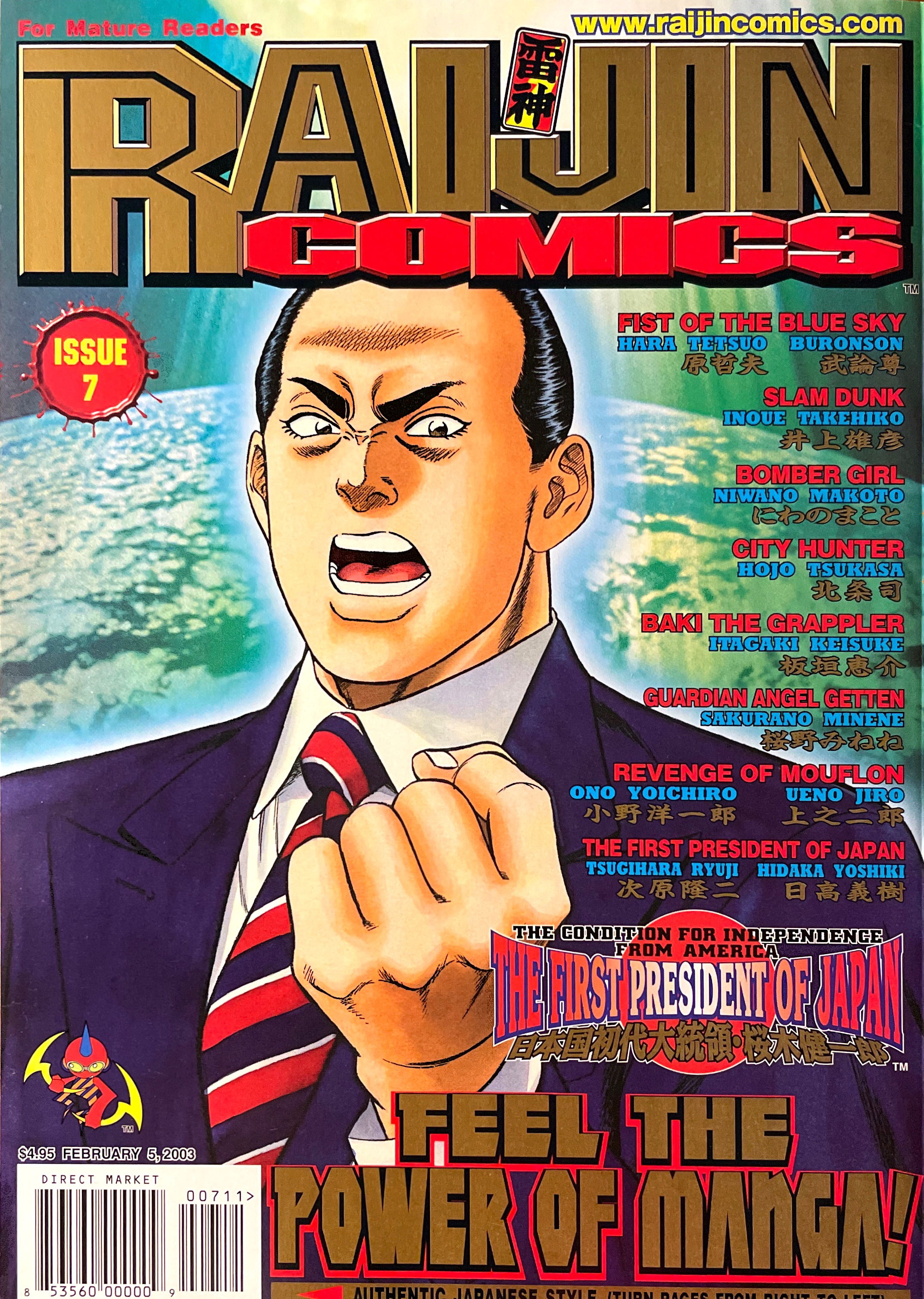 This upload contains scans of the official Raijin Comics release of The First President of Japan from the early 2000’s.