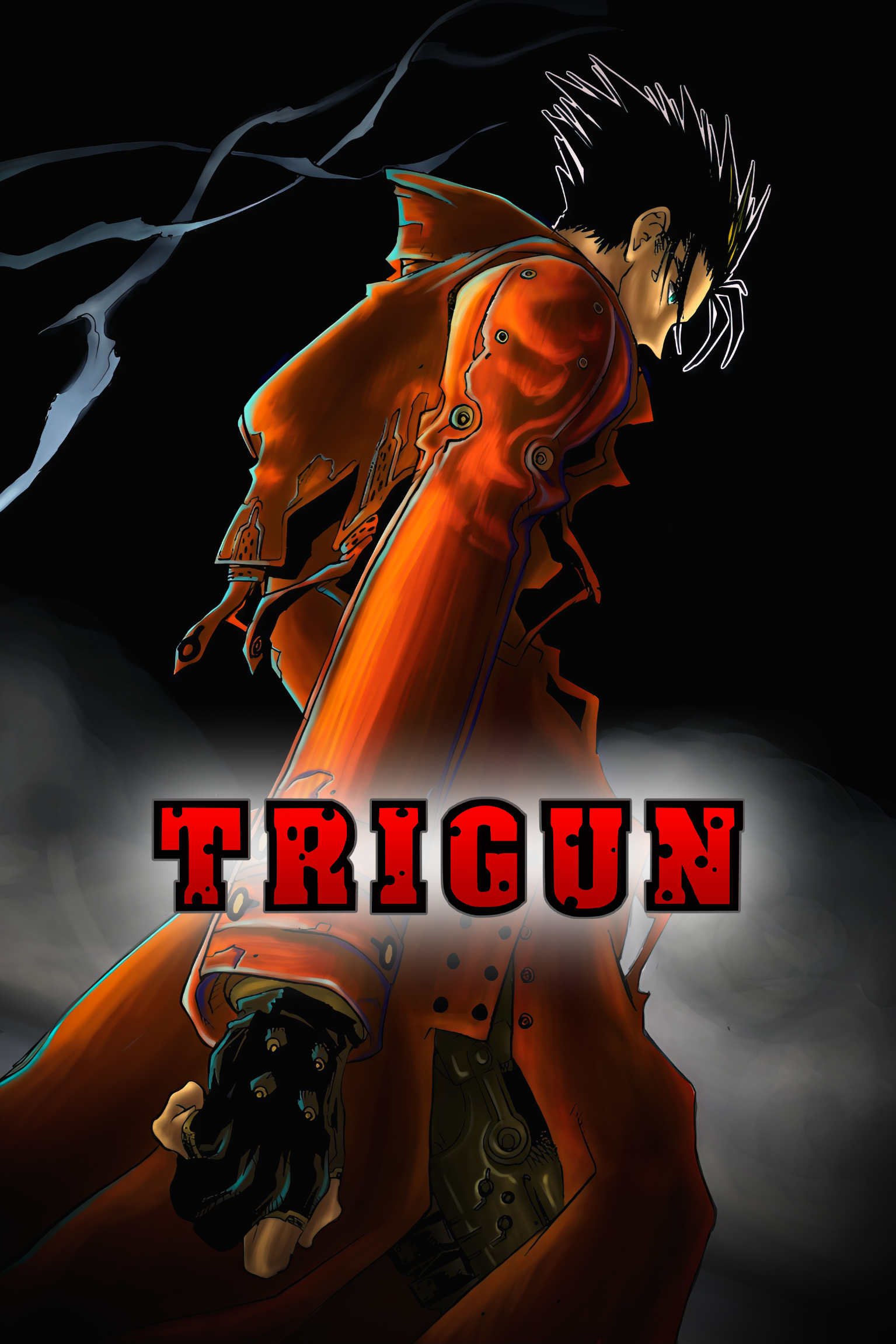 A riot of science fiction, comedy, and western gunslinger action, Yasuhiro Nightow’s Trigun is an international manga sensation and the inspiration for the wildly popular animated series. As an anime series, Trigun gained a multitude of fans across the otaku landscape before gaining a mainstream-manga audience. Now, Trigun Maximum goes beyond the story told in the anime and the first two top-selling manga volumes.

Much of the damage attributed to “Vash” is caused by the activities of bounty hunters who are after the 60,000,000,000$$ (sixty billion “double dollars”) reward on Vash’s head for the destruction of a city called July. Vash does not clearly remember the destruction of July, and only wants “love and peace,” as he puts it; though he is a gunfighter of inhuman skill, he uses his weapons only to save lives wherever he can.

As the series progresses, more is gradually learned about Vash’s mysterious history and the history of the human civilization on Gunsmoke, the desert planet the series is set on. The series is often humorous in tone, but at the same time it involves very serious character development and especially in later episodes it becomes quite emotionally intense. Vash is occasionally joined by a priest, Nicholas D. Wolfwood, who is almost as good a gunfighter as Vash himself, and later is targeted by a band of assassins known as the Gung-Ho Guns for reasons which are mysterious at first.

Trigun (トライガン, Hepburn: Toraigan) is a Japanese manga series written and illustrated by Yasuhiro Nightow. Trigun was first serialized in Tokuma Shoten‘s shōnen manga magazine Monthly Shōnen Captain from April 1995 to January 1997, when the magazine ceased its publication; its chapters were collected in three tankōbon volumes. The series continued its publication in Shōnen Gahosha‘s seinen manga magazine Young King OURs, under the title Trigun Maximum, from October 1997 to March 2007. Shōnen Gahosha republished the Trigun chapters in two volumes, and collected the Trigun Maximum chapters in fourteen volumes.

With the help of a publisher friend,[4] Yasuhiro Nightow, first published a one-shot of Trigun in Tokuma Shoten‘s shōnen manga magazine Monthly Shōnen Captain [ja] in February 1995;[b] it began its regular serialization in the same magazine two months later in April.[c] Monthly Shōnen Captain ceased publication in January 1997, and the series was put on hiatus.[12] Tokuma Shoten collected the Trigun chapters in three tankōbon volumes, released from April 25, 1996,[14] to January 20, 1999;[15] Shōnen Gahōsha republished the Trigun chapters in two volumes, released on June 2, 2000.[16][17]

When Nightow was approached by Shōnen Gahōsha‘s seinen manga magazine Young King OURs, they were interested in him beginning a new work. Nightow, however, was troubled by the idea of leaving Trigun incomplete, and requested to be allowed to finish the series.[4] The manga resumed its publication in the magazine, under the title Trigun Maximum (トライガンマキシマム, Toraigan Makishimamu), in October 1997.[12][18] Nightow said that there was no difference in the story between the two titles, and that the only reason for the change was because of the switch of publishing house.[19] Trigun Maximum finished in March 2007.[20] Shōnen Gahōsha collected its chapters in fourteen tankōbon volumes, released from May 23, 1998,[21] to February 27, 2008.[22]