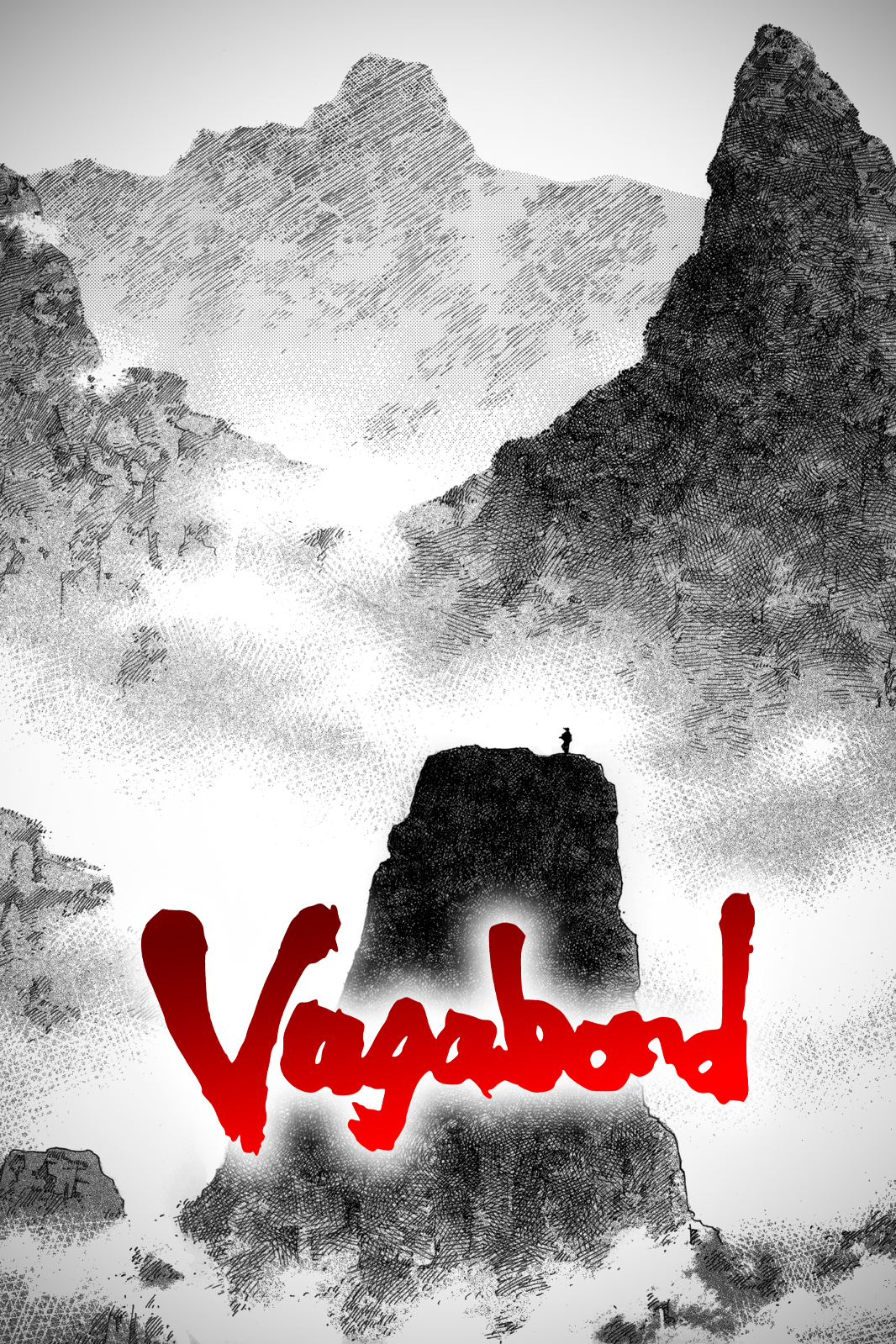 In 2000, Vagabond won the Japan Media Arts Festival Manga Grand Prize and the 24th Kodansha Manga Award in the general category. The series won the Tezuka Osamu Cultural Prize in 2002 and has had over 82 million copies sold worldwide.

Vagabond has been published in English by VIZ Media under the VIZ Signature imprint since April 5, 2002, and in large 3-in-1 omnibuses under the VIZBIG imprint since September 16, 2008. The English release got Takehiko Inoue a nomination for the Eisner Award in the Best Writer/Artist category in 2003. It also has been published in Brazilian Portuguese by Panini Comics/Planet Manga since February 2016.

Vagabond (Japanese: バガボンド, Hepburn: Bagabondo) is a Japanese epic martial arts manga series written and illustrated by Takehiko Inoue. It portrays a fictionalized account of the life of Japanese swordsman Musashi Miyamoto, based on Eiji Yoshikawa‘s novel Musashi. It has been serialized in Kodansha‘s seinen manga magazine Morning since September 1998, with its chapters collected into thirty-seven tankōbon volumes as of July 2014.

Viz Media licensed the series for English release in North America and has published the current thirty-seven volumes as of April 2015. The series is currently on an extended hiatus, with the latest chapter released in May 2015.

As of December 2012, the manga had over 82 million copies in circulation, making it one of the best-selling manga series of all time. In 2000, Vagabond won the 24th Kodansha Manga Award for Best General Manga, as well as the Grand Prize of the 6th Tezuka Osamu Cultural Prize in 2002.