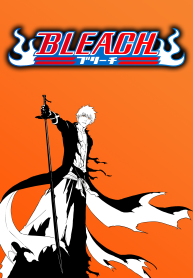 NOTES:
. Bleach Colored Manga, in Official English, full 686 chapters of 74 volumes, completed series. Read the Bleach Full Colored Manga here!
. This is the official English translation of Bleach Colored Manga’s final arc: the Thousand-Year-Blood-War (TYBW) anime. This work is credited and done by the ColoredManga.com team after months and years of hard efforts, so please share coloredmanga.com with your friends, instead of other sites that didn’t credit us!
. There are only 74 volumes (686 chapters) of Bleach by Tite Kubo, and all 686 of the colored English Bleach chapters are done by the ColoredManga team. Personally, we hand-translated these chapters with official translations, so please link this specific website to your friends, not other websites that aggregate from us without crediting; that’s because we are the original team, meaning that we provide the most recent UPDATES, edits, improvements and fixes! Official translations have much better grammar and readability than fan translations, but still say the same thing.
. Translated by Colored Council, Phantom Troop and Colored Manga Translation Squad.
. Important Note: Volume 56-74 use old fan translations. If you want to continue off reading the OFFICIAL translations of Volume 56-74, you’re in luck! I’ve completed them here.
.Note: Volume 1-55 on this page use OFFICIAL translations. If you want to read the OFFICIAL English Bleach translations of Volumes 55-72, go to the above link. We did all that 😀
. Also check out original Bleach Art and Fanfiction here and feel free to roleplay too.